Undiscovered Italy – A Walk along the Heel of Italy’s Boot

Salento in Puglia –  the actual heel of Italy’s boot – with its clear blue sea and wonderful weather, is the ideal place for a walking holiday.  Here you can enjoy the wonderful landscape, stay in beautiful seaside towns and eat wonderful local food.  This area is great for walking as the weather is often sunny and windy at the same time – plus you can reach two different seas, Adriatic and Ionian, within a few kilometres.  The region is filled with remnants of numerous civilisations from Messapian to the Greeks, the Romans and the Normans.

This holiday offers a leisurely walk, using the train to shorten the walks, thus allowing time to visit the numerous historic towns and cities in this rarely visited, historic and beautiful heel of Italy.  This holiday is possible from March through until November, giving us the opportunity to escape the cold north in spring and autumn and enjoy the mellow climate of the Salento.

From Brindisi airport there is a shuttle bus to Lecce – this takes 40 minutes and costs €6.00.  Alternatively bus to Brindisi train station and train to Lecce takes 30 minutes.

Arrival in Bari / Brindisi airport and transfer to Lecce.

In the late afternoon you will be given maps and route notes and someone will go over the tour with you.  Then take a walk through the historic centre of Lecce, the ‘Florence of the South’. Fall in love with its Spanish baroque style and its Roman ruins.   Overnight Lecce.

After breakfast take the train for a short journey to Giurdignano.   Then walk through old meadows in the midst of beautiful olive groves to visit the megalithic garden with its Bronze Age dolmen and menhirs in Giurdignano before heading to Casamassella where you can visit ancient looms brought back into production by the ‘Le Costantine’ Foundation. Continue walking through the Idro Valley to an  ancient Byzantine crypt.  Finally you arrive in Otranto, an UNESCO cultural site where you stay for the next two nights.  Take time to explore this pearl of the Adriatic, see the Byzantine frescoes of the church of San Pietro, then take a  walk on the ramparts overlooking the sea, the cathedral with its medieval ‘tree of life’ mosaic floor.  Overnight Otranto.

A circular walk today gives time to explore the natural wonders around the Idruntina town: the bay of the Orte, the lighthouse of Punta Palascia, and the bauxite quarry.  Our walk starts from  Otranto Castle and then descends  through the Porta a Mare to the port. Once you reach the main pier, you immediately enter the coastal area heading to the Snake Tower along  wide paths.  See the imposing cliffs framed by the presence of caverns decorated with stalactites and stalagmites. Continue to the Lighthouse of Punta Palascia, famous for being the easternmost point of Italy and the place where the Ionian Sea meets the Adriatic.  The walk continues along the coast until it reaches a pleasant trail to the Bauxite Quarry (from which aluminum was once extracted but which is now a stunning lake) – the amazing colours make this an unique landscape. From the quarry head back to Otranto for a second night.

After breakfast there is a scenic train ride from Otranto to Gagliano del Capo (1h10’).  On arrival settle into your accommodation before setting out for a lovely circular walk.  Take the Ciolo path that goes down to the canal, then a path stretches out between the  “pajare” (dry walls) and a varied flora including bushes of euphorbia arborea  with stunning views of the sea.  From the bridge of Ciolo, the footpath of the Cipolliane  winds through walls and terraces with constant views of the sea. The vegetation is a mixture of huge ‘fichi d’india’ (prickly pears), imposing agaves and capers. These stones have been polished by time, air and salt and have been used to make harmonious walls constructed to protect the small fields from the strength of the sea and the wind. Visit the caves of the Cipolliane, an interesting complex of caves where you can admire stalactites and columns, tunnels and fossils, and birds colonies.  Then continue to Novaglie or return to Ciolo Bridge if you would like to have a swim.  The canal continues up under high cliffs and ancient caves, pass a reproduction of the Madonna di Leuca and eventually you will arrive at a square from where you continue on to Gagliano.  Overnight in Gagliano del Capo.

Day 5: Discovering the cape treasures and the old city of Gallipoli (9km)

(walking tour from Gagliano del Capo to the station of Ruggiano-Salve 8.5 km – train to Gallipoli,1 hour and a half – visit to the old city of Gallipoli – train to Nardò, 1 hour)

This day is dedicated to the discovery of the small treasures of the Cape of Leuca and the beautiful city of Gallipoli. Firstly you will cross ancient paths that connect the small villages. The first stop is Patù with its ‘Centopietre’, an enigmatic monument created with a funerary function and then used as a religious chapel (traces of Byzantine frescoes are visible).   In Giuliano  visit the ancient “San Pietro curch” (XII century) and its amazing castle. In Barbarano  visit the sanctuary of Leuca Piccola and its hypogeum, an ancient destination for pilgrims and a stop for the faithful people of Leuca.   From here  walk on to the station of Ruggiano-Salve and take the train to Gallipoli.   In Gallipoli take time to discover the old city, a beautiful island surrounded by the sea linked to the mainland by a XVI century bridge. Get lost in the streets of this ancient fishing village, searching fascinating corners, baroque churches, and beautiful sea views.Then there is a short train ride to Nardò where you spend the night.

Porto Selvaggio is one of the most striking coastal areas of Salento, which became a regional natural park in 2006: here there are numerous karst caves with the remains of communities dating back to the Palaeolithic era.  From the old town of Nardò walk through ancient cuttings between dry stone walls and olive groves to the Tower of Santa Maria dell’Alto built in 1568.   Enjoy the wonderful view that unfolds below the ‘Belvedere’, then move down to the bay of Porto Selvaggio and from there, follow a beautiful path between the cliffs and the famous Mediterranean ‘macchia’ (scrub) with Aleppo pines, olivastri, lentisco and acacia saligna to reach the ‘Grotta del Cavallo’ (an archeological site which one can only view from the outside) known to be a Neanderthal settlement. Then return to  the promontory and following scenic trails to reach the Uluzzo tower.  The itinerary continues towards the Nova Masseria and from there, continues along small trails back to Nardò where you spend a second night.

Day 7: Visit to Galatina and Lecce

This day is dedicated to a visit to two of the most important old towns in the province of Lecce. Galatina (Transfer by train from Nardò).  Visit the town wandering through the streets of the centre until you reach the magnificent Basilica of St. Catherine of Alexandria where you can admire the many frescoes of Giotto’s influence.

From Galatina take the train back to Lecce, known as the Florence of the South.  There will be a guided tour of the city to include the historical palaces and their ‘courts’, the amphitheater and the Roman theatre Santa Maria della Croce, the cathedral, etc

Optional cooking class: If you prefer you can stop instead in Galatone where a cookery class will introduce you to some of Salento’s traditional cuisine.   (Train to Galatone and 5 km walking to the cooking class villa). Train to Lecce (1 hour) and guided tour of the city of Lecce.   Overnight Lecce.

Accommodation is in historic renovated buildings in rooms with private bathrooms and friendly hosts.  Below is a sample of the properties you will stay in. 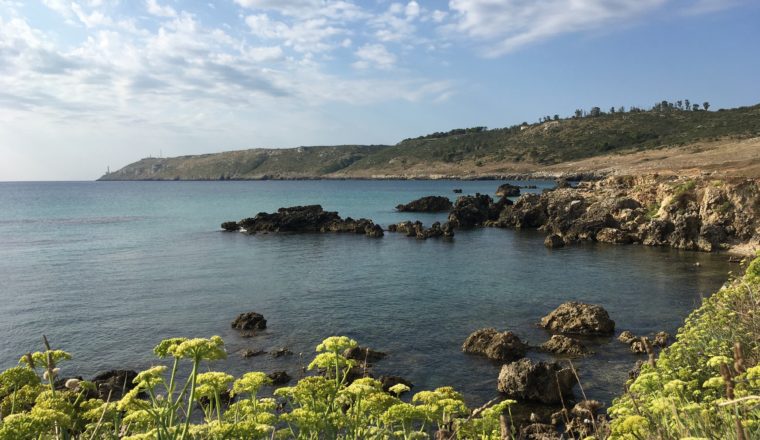 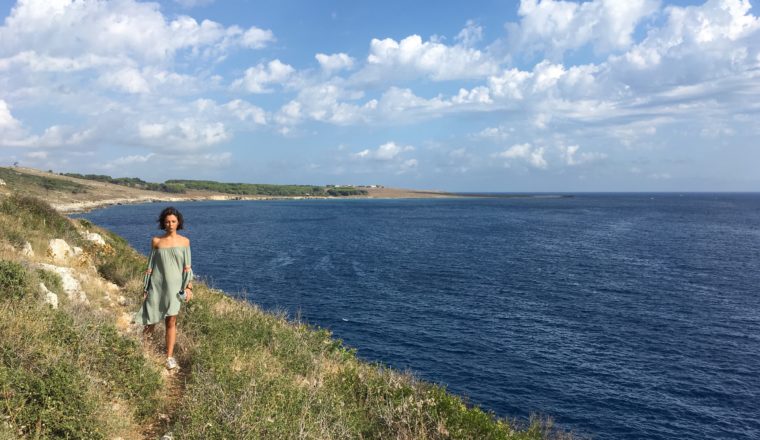 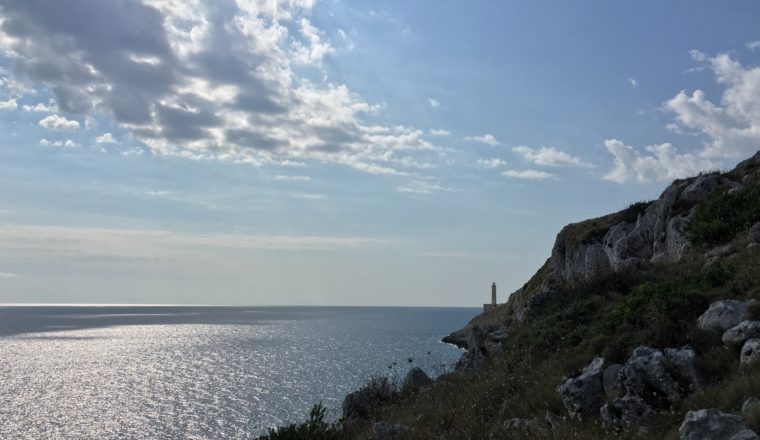 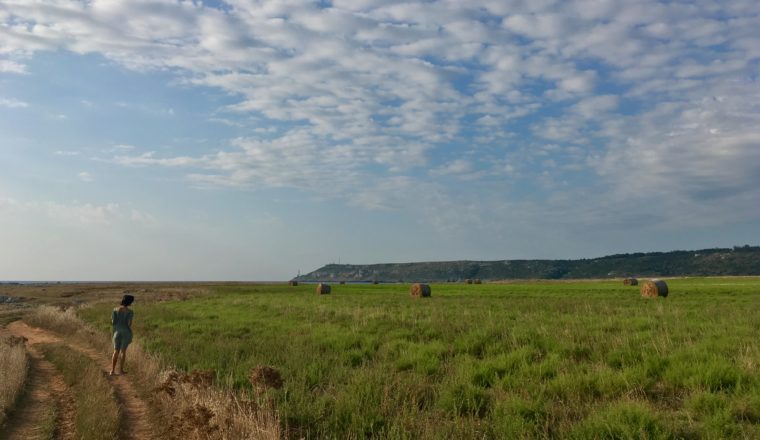 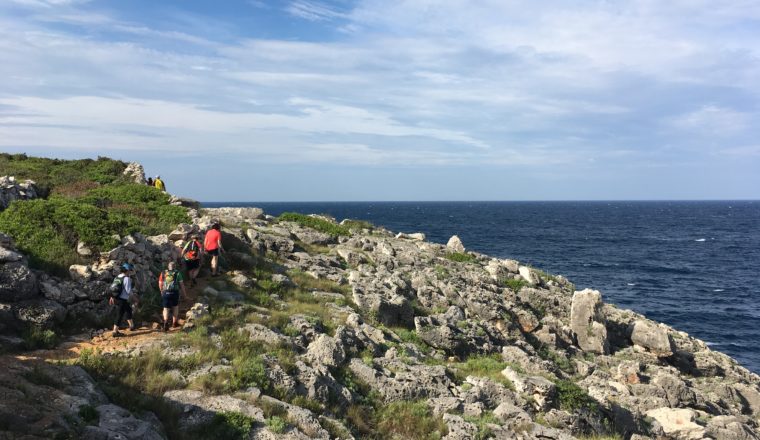 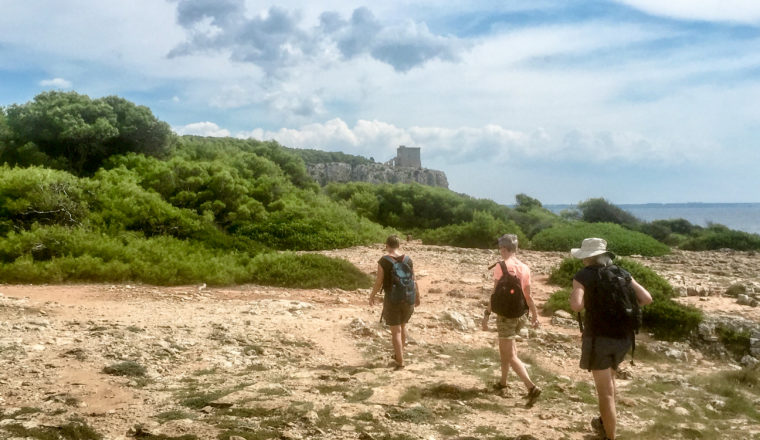 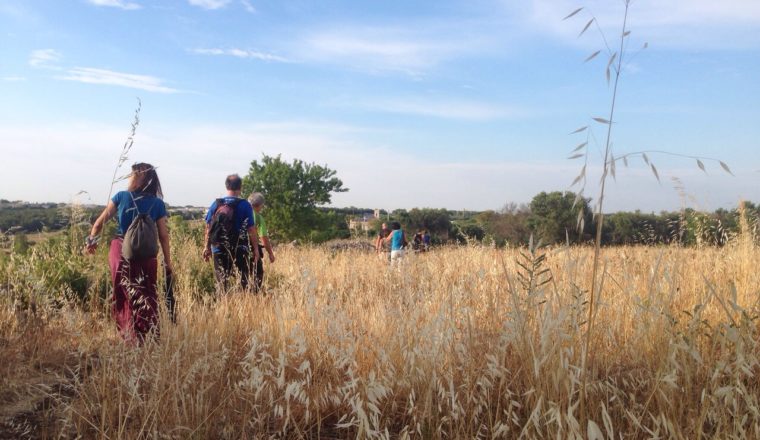 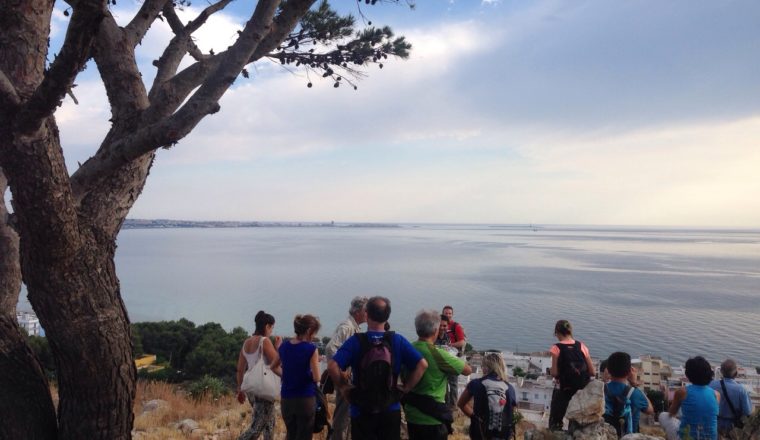 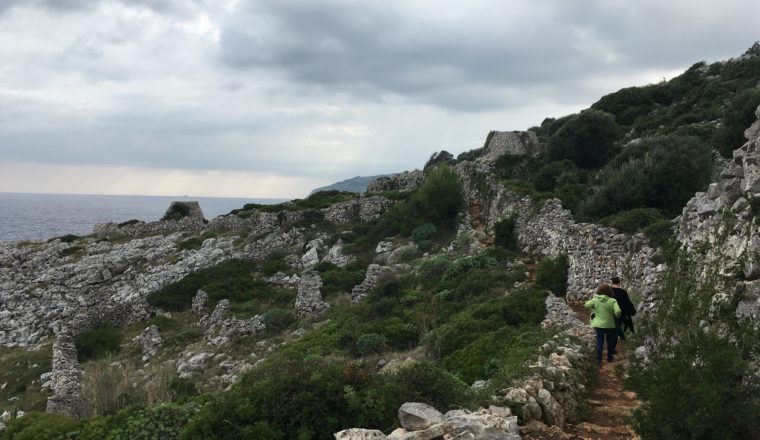 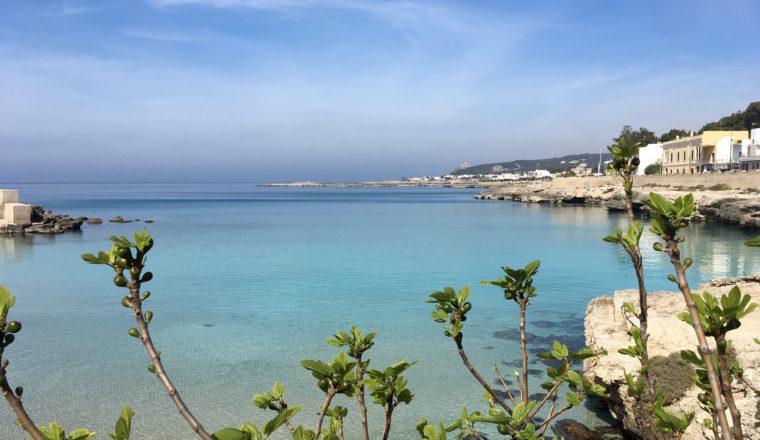 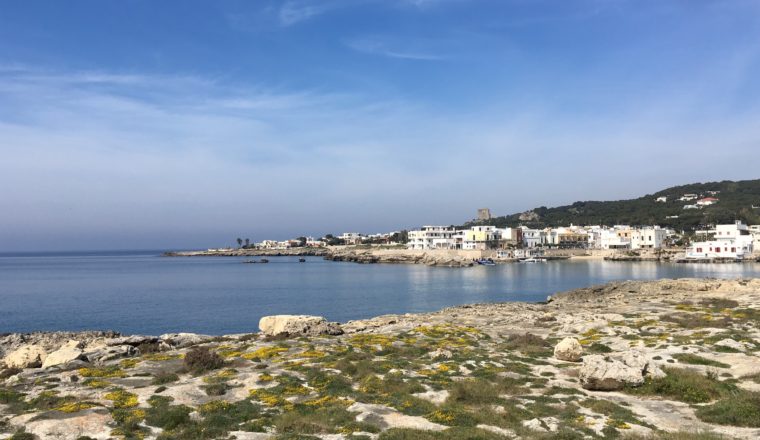 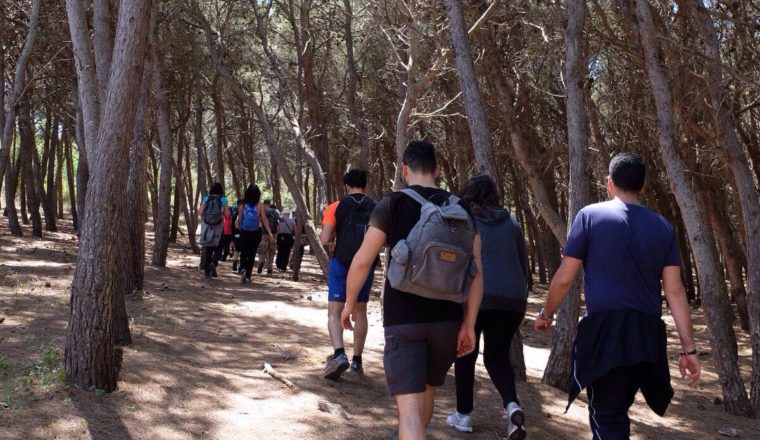 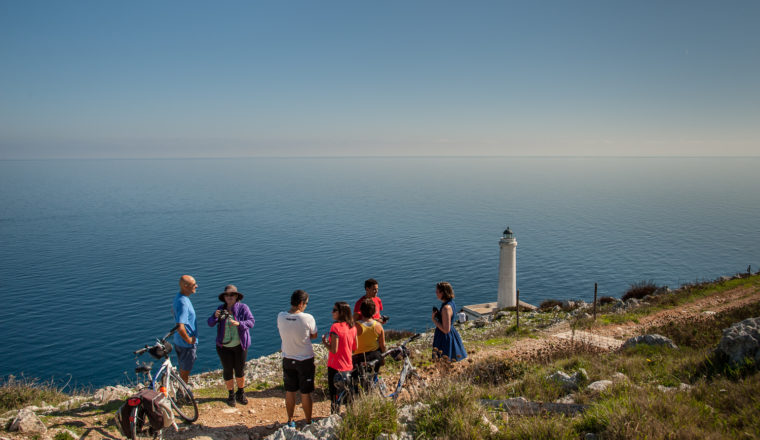 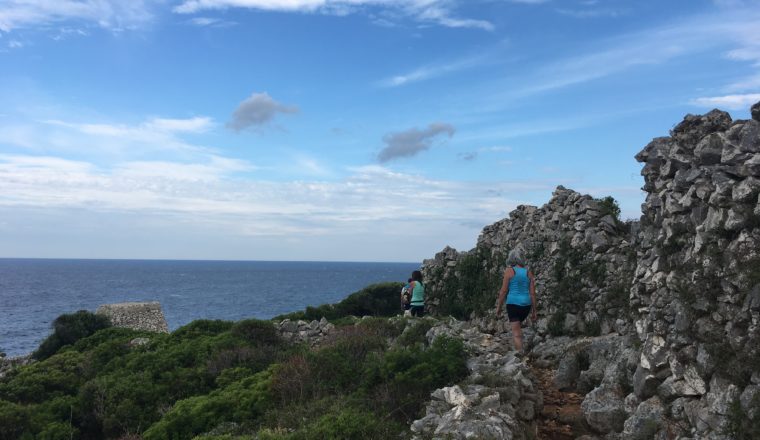 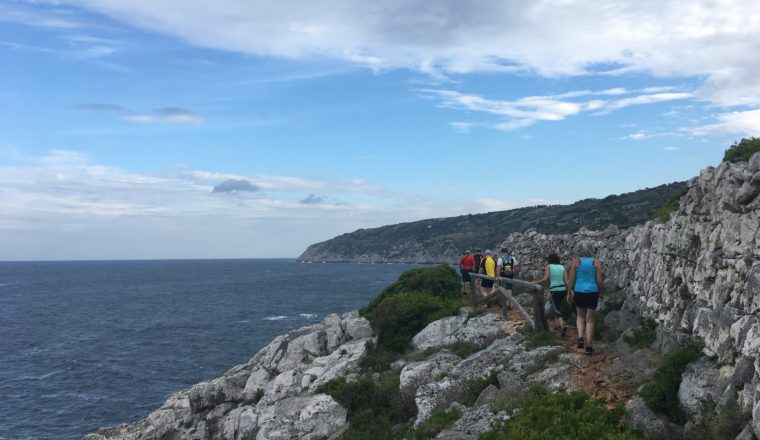 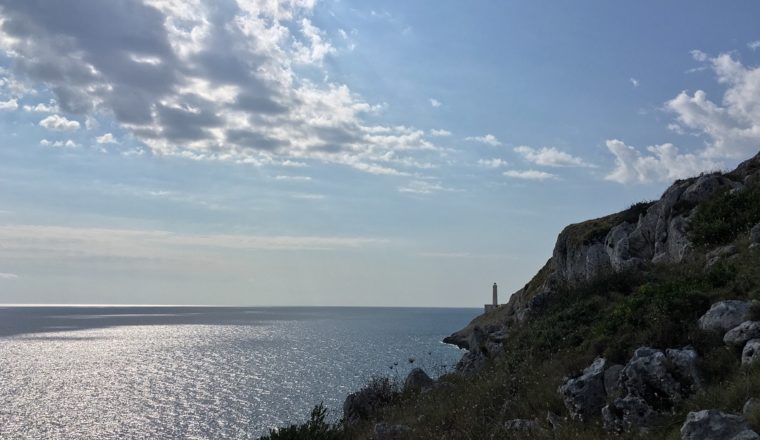 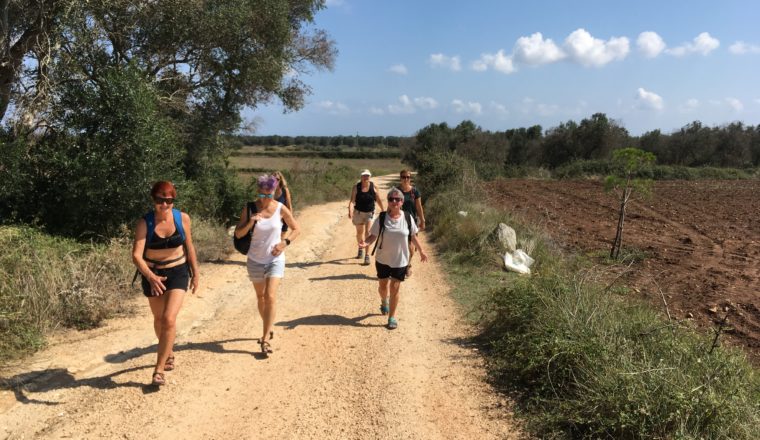 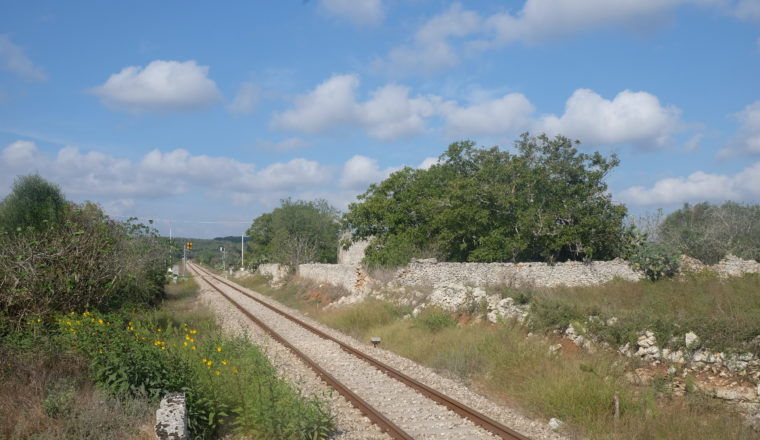 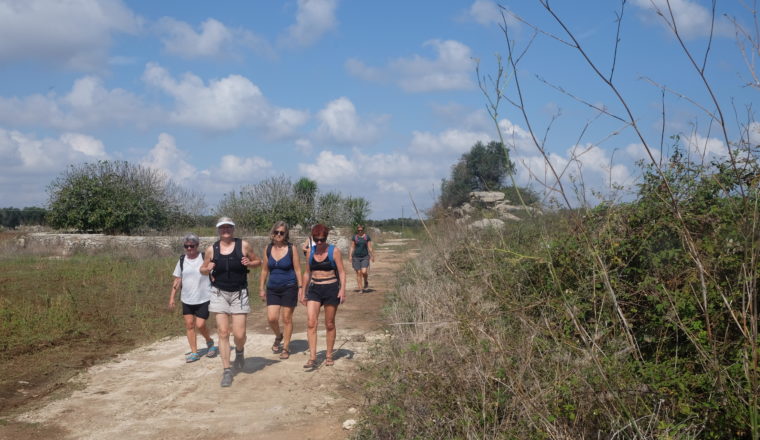 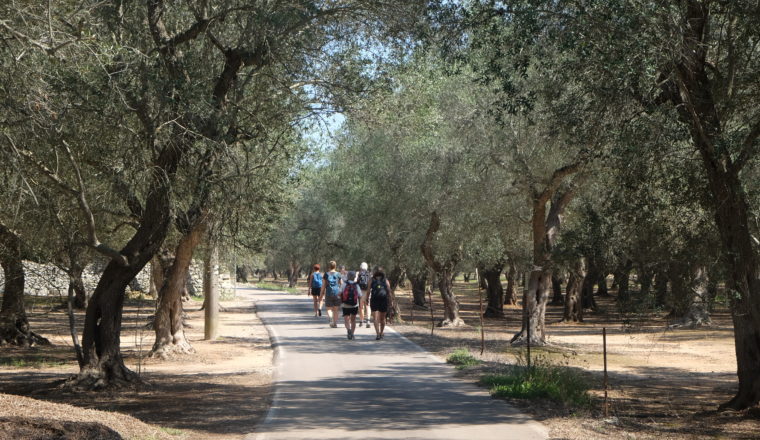 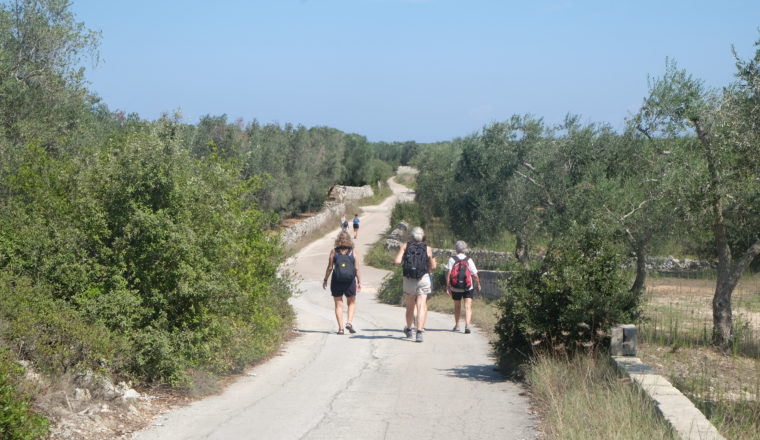 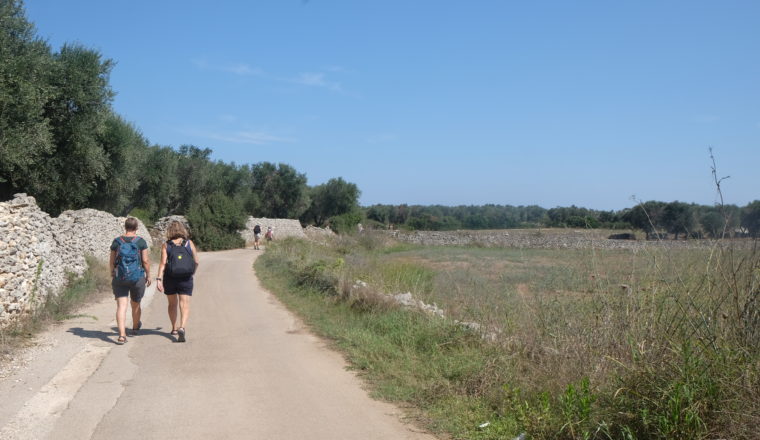 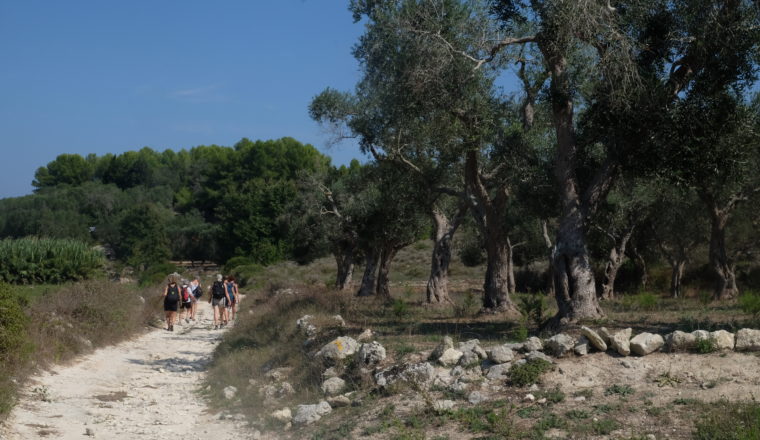 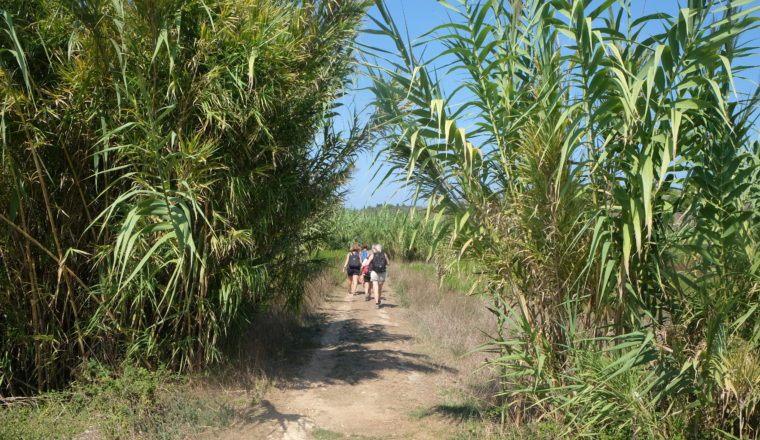 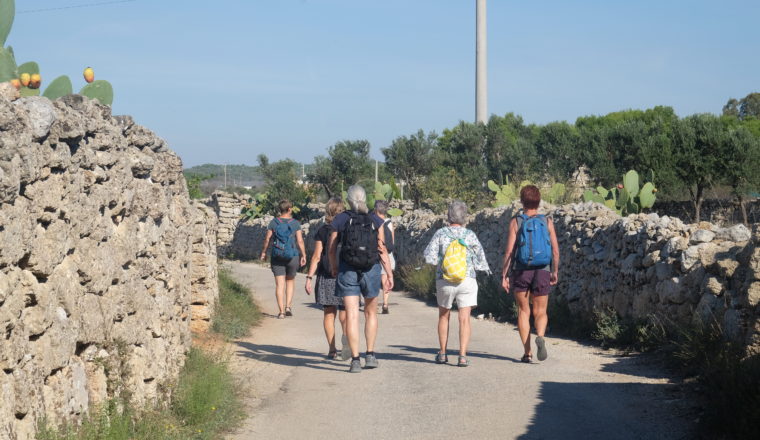 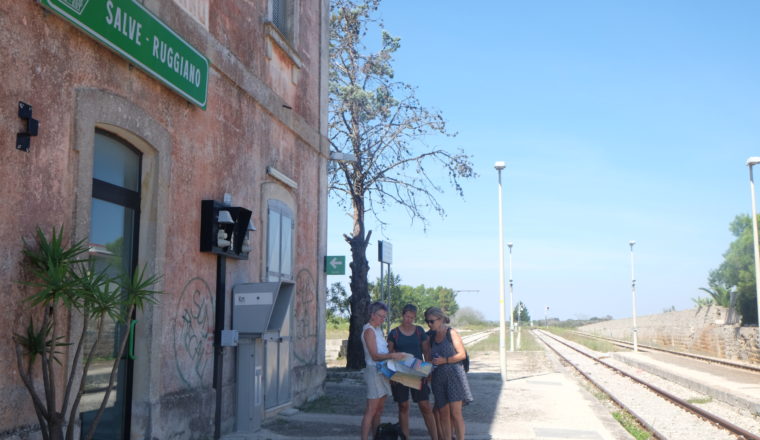 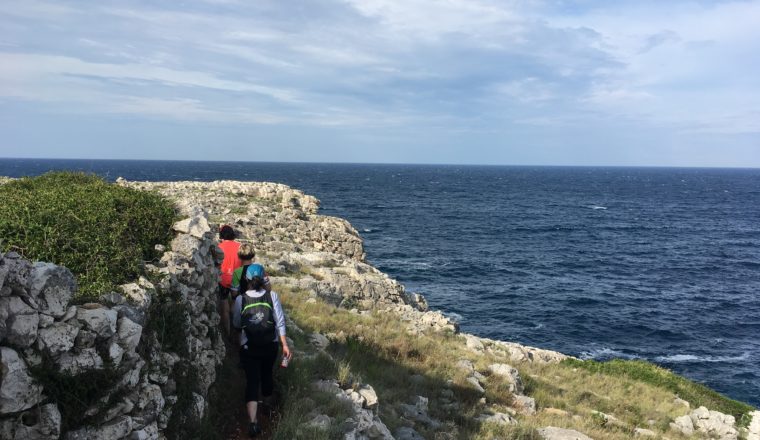 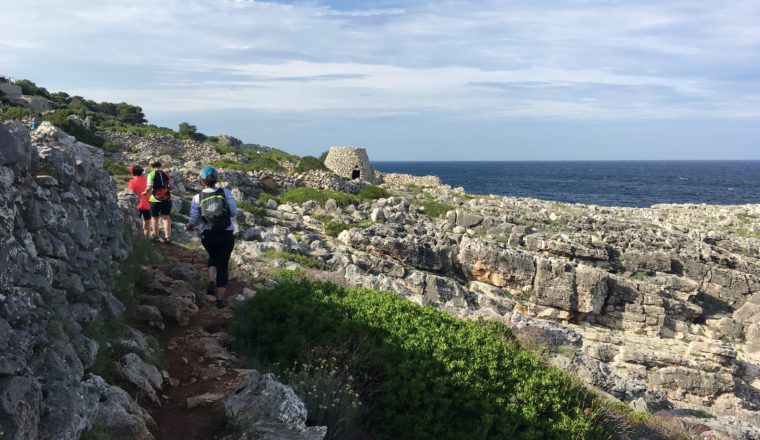 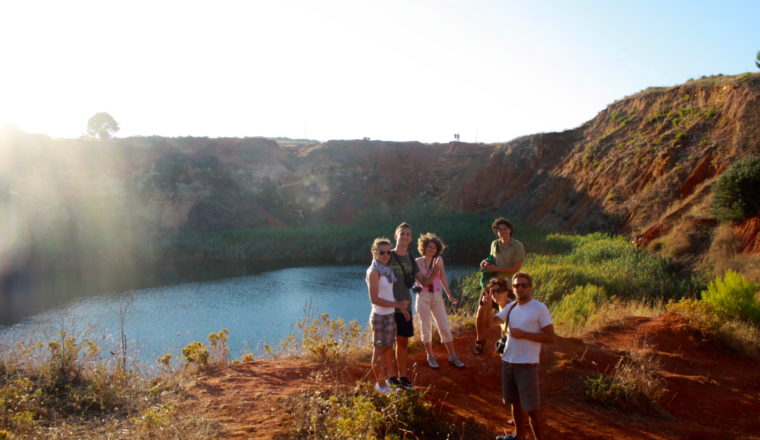 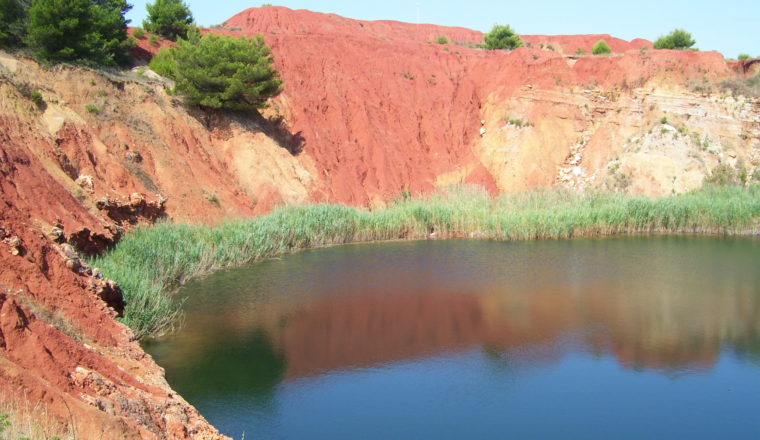