The route continues through Tuscany, visit the beautiful abbey of Sant Antimo, past Lake Bolsano to Montefiascone

This is the seventh stage of the Via Francigena, the Pilgrim Route to Rome.   The official Francigena followed the ancient Roman roads and so pilgrims walked along the route of the current Via Cassia. Although paved parts of it are still pleasant for walking, other parts are too dangerous or unpleasant. Since an earlier version of the road passed by one of the most beautiful abbey of the entire Via Francigena, we have therefore decided to divert via St Antimo Abbey. This makes the route a bit longer, but much more pleasant. We return to the main route at Radicofani and continue to Acquapendente and finally Bolsena and Montefiascone on the lake itself.

You can reach Buonconvento by train from Siena (30 minutes) from where a local bus will take you to San Quirico. At your hotel, a package will be waiting for you containing all the material you need for the week including hotel and meal vouchers, a detailed road book and waterproof GPS maps with a container and a map holder for the route. The hotel owner will tell you who to contact if you would like a benediction by a priest before you start out.

The route from San Quirico is entirely unpaved and partly on trails. It offers beautiful views of the Ripa d’Orcia castle and of the Orcia gorge. The last stretch climbs steadily among the Brunello vineyards.  You spend the night in Castelnuovo and will therefore have enough time to visit the abbey.

There are trails which climb to the ridge overlooking the Orcia valley but – depending on the season – you may prefer the asphalt road as they are muddy and the “crete” mud is a sticky clay. The view is amazing. Castiglione is a nice village and if you feel up to the extra walk you can reach the Rocca Tentennano and the tiny charming hamlet below.  Mixed itinerary secondary paved and unpaved.

You have the choice between a shorter route and a longer itinerary which passes by Bagni San Filippo, a very nice thermal spring where you can relax in a hot bath before facing the last climb to Radicofani, one of the most important stops on the Francigena. In the shade of its imposing Radicofani fortress it offers one of the most powerful landscapes of the whole route.  Mixed itinerary: trails, secondary paved and unpaved roads.

Partly unpaved to Ponte a Rigo, partly paved on secondary roads in a beautiful landscape. This high road overlooking the Cassia was the official way before the 16th century when the Bridge over the Paglia river was built.

The main interest is the scenery, once you can see the lake. Stop to visit the Basilica del Santo Sepolcro as well as the the St Christina church in Bolsena. Itinerary: Mostly unpaved or paved on secondary roads and beautiful landscape with views of the lake.

Bolsena is famous for the miracle of the sacred blood which is at the origin of the “Corpus Domini” celebration, and of the construction of the Orvieto Duomo.

Mostly unpaved or paved on secondary roads. A beautiful landscape with views of the lake. A large portion is original Francigena cobbled road. 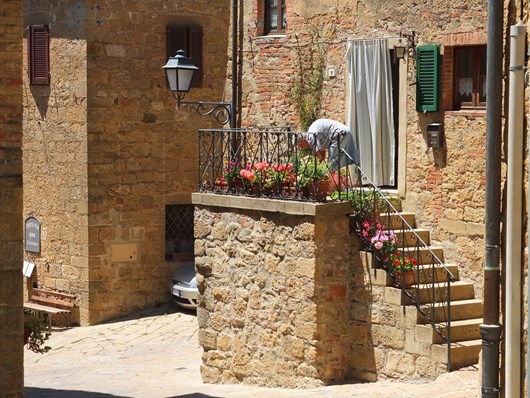 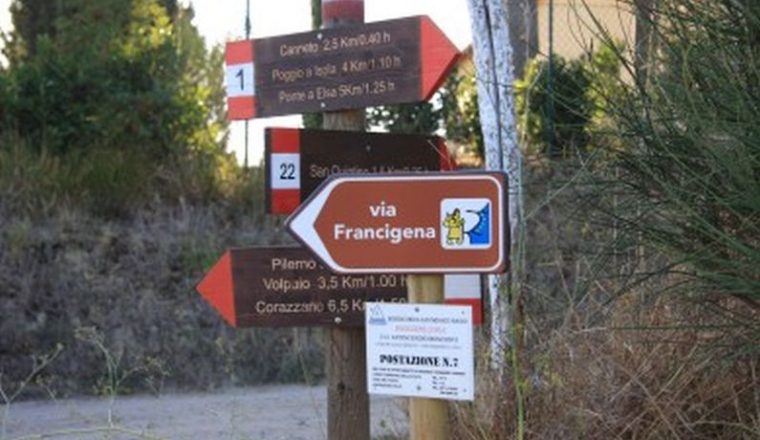 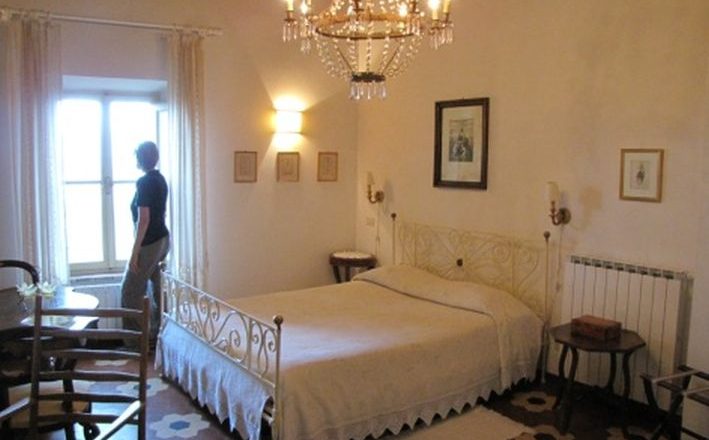 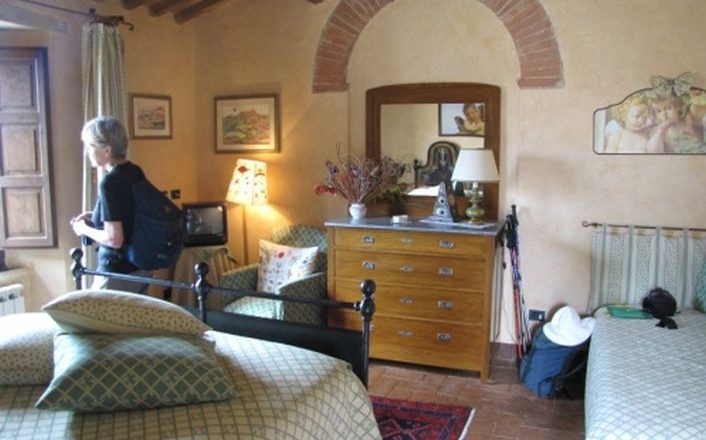 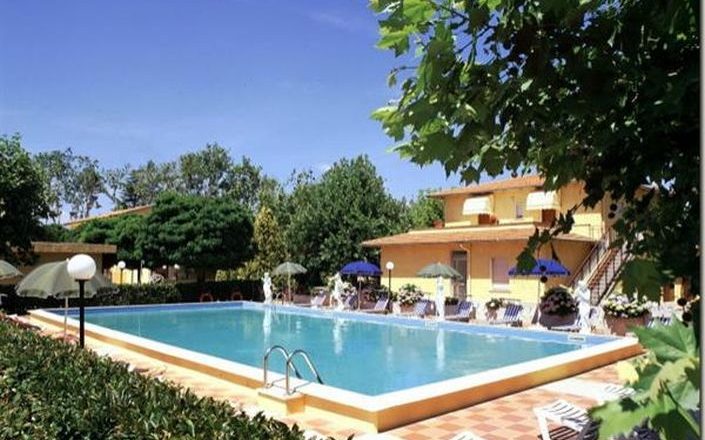 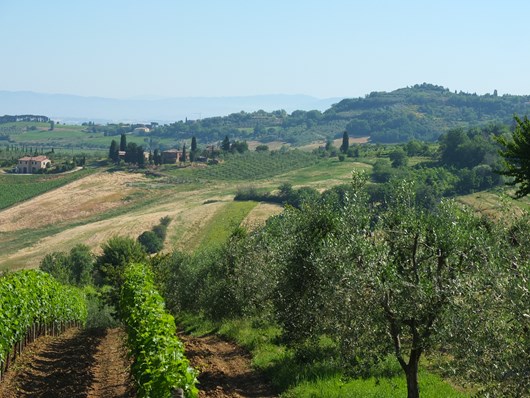