Via Francigena – Stage 4: Fidenza to Aulla

This week marks the switch from the Emilia plains, with its fields, wine groves and farmhouses, to the Apennine’s landscape, whose peaks overlook the Tyrrhenian sea.

This is the fourth stage of the Via Francigena, the Pilgrim Route to Rome. This week marks the switch from the Emilia plains, with its fields, wine groves and farmhouses, to the Apennine’s landscape, whose peaks overlook the Tyrrhenian sea. The tour starts from Fidenza and continues through villages and mountain parishes, some of which owe their existence to the Via Francigena. The Cisa Pass, 1045 m above sea level, marks the border between the two regions: in front of you the steep slopes that descend to Tuscany. 7 nights.

Departures: Daily from May to October

Highlights:  Pontremoli with its fortress and important museum; the villages of Cassio, Castellonchio, Berceto, Groppoli, Arzengio; the parish churches of Bardone and Terenzo; the San Caprasio Abbey; spectacular views from the ridge between Emilia and Tuscany.

Trekking altitude: Between 60 and 1.045mt (highest point is the Mt. Valoria, 1229m), average duration of the daily stages between 5h and 8h. Positive difference in height between 100 and 760 m per day.

Arrival in Fidenza.Altitude at departure: 60 m above sea level

This slightly hilly stage, among fields, vineyards and farms ends in Fornovo di Taro, an important junction of communication of Celtic origin that became a merchant and religious centre in the Roman era. Altitude at arrival: 158 m above sea level – 31.7 km – 7h 30

Short transfer to Sivizzano from where you start the ascent to the Cisa Pass. This is a fairly strenuous day but there is much to enjoy – the landscape, and the charming parishes of Bardone and Terenzo. Finally, “I salti del Diavolo” (‘the leaps of the Devil’, outcrops of rocks dated 80 million years) lead to the characteristic village of Cassio. Arrival in Cassio, with its centre paved in local stone and its Church of Maria Assunta among its ancient houses. Altitude at arrival: 818 m above sea level – 20.8 km – 5h

Continue through the Apennines and at about halfway you walk through the little village of Castellonchio, ancient “borgo-strada” (village-street) where little houses were built one next to the other along the Via Francigena. The itinerary continues and ends in Berceto, a little town but important communications centre because it is situated on the Via Romea. The Romanesque Duomo is worth a visit and also the Sanctuary of Madonna delle Grazie in baroque style with neoclassic details. Altitude at arrival: 808 m above sea level – 10.6 km – 3h

Today you leave Emilia Romagna to enter Tuscany. This part of the itinerary gives some of the most beautiful landscapes of the whole Via Francigena and at the top of Mount Valoria, the panorama ranges between the Taro and Magra Valleys. From the Cisa Pass you see Tuscany, down the steep slope covered in beech and chestnuts trees. Overnight in Montelungo.Altitude at arrival: 821 m above sea level – 13.4 km – 4h30

From Montelungo you reach Cavezzana D’Antena. After the village of Groppoli the itinerary descends to the river Magra, which you cross over a stone bridge “a schiena d’asino” (humpback bridge) from 300 A.D. Walking on, you will note the crosses and carvings that mark the stations of the Via Crucis. After Arzeglio you reach Pontremoli, whose fortress from 1000 AD is the seat of the museum of the mysterious statue-stones. Altitude at arrival: 244 m above sea level – 17 km – 6h

Outside Pontremoli come to the Santissima Annunziata, built in the 15th century on the place where the Virgin appeared to a shepherdess. Reach Ponticello and then the Parish Church of Sorano, dating to the XI sec. and built above a Roman temple. From Villafranca in Lunigiana continue toward Virgoletta and through woods and fields you come to Aulla, arising from the abbey of San Caprasio founded in 884.Altitude at arrival: 64 m above sea level – 32.7 km – 8h00

After breakfast end of tour. 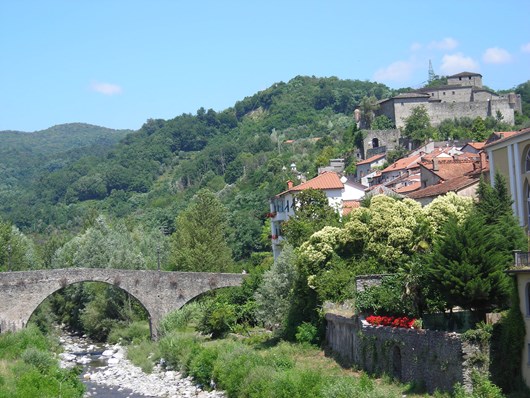 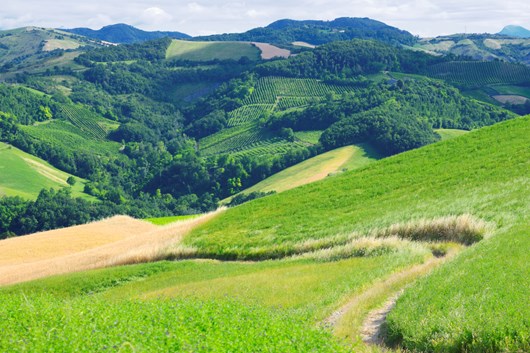 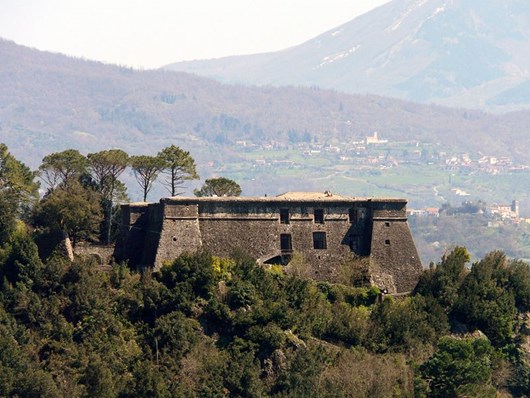