This week takes place entirely on the plain and runs first along the Ticino and then along the Po river crossing the border between Lombardy and Emilia Romagna.

This is the third stage of the Via Francigena, the Pilgrim Route to Rome. This week takes place entirely on the plain and runs first along the Ticino and then along the Po river crossing the border between Lombardy and Emilia Romagna. This is mainly a rural area rich in medieval abbeys and monasteries and in the beautiful towns of Pavia, Piacenza. In some stretches, now covered in busy roads, it is not possible to follow the original route, but nearby there are many signs of it and we take you through the most beautiful and accessible countryside. 7 nights.

Highlights: The historical centres of Pavia and Piacenza, the natural park of the River Ticino, Chiaravalle Abbey, quiet walks among fields and typical rural houses

Trekking altitude:The tour take place in a completely flat area with an altitude a little over the sea level; average duration of each day between 4h and 7h

Departures: Any day from April to October

Garlasco is one of the main towns of the Lomellina area and it is renowned for the Sanctuary of the Madonna della Bozzola, visited every year by pilgrims and believers. Height at departure: 93 m a.s.l.

Today’s stage is in two parts: the first one across the plain and the second along the banks of the Ticino, the river that connects the Lake Maggiore with the river Po. The area, the first regional park in Italy created in 1974, can be visited by foot, by bike, by horse or with a canoe and is an area of monasteries, abbeys, convents and basilicas. The stage ends in Pavia, one of the major halts on the Via Francigena. Much to see here – the Visconteo castle built in 1360; XII century San Pietro in Ciel d’Oro (mentioned in the Divine Comedy); the Cathedral; San Michele Maggiore, a Romanesque Basilica of the XI century; the famous Ponte Coperto (covered bridge) on the river Ticino and the Palazzo Bottigella. Height at arrival : 77 m a.s.l. – 32 km – 7h30

Today we follow the river Ticino, that shortly enters the river Po. The itinerary continues parallel to the main road to Cremona, but you may walk across the countryside in the surroundings of Pavia among fields and woods. At Belgioioso, there is Belgioioso Castle, a neo-classical residence built in the XIV century by Gian Galeazzo Visconti. Height at arrival: 71 m a.s.l. – 27 km – 7h

The itinerary continues across fields close to the hills to Chignolo Po Castle, place of rest for pilgrims on the Francigena Way since the Middle Ages. The castle, built in 1200, is impressive as result of numerous refurbishments over the centuries. Finally, Lambrina, a village taking its name from the River Lambro. Height at arrival: 60 m a.s.l. – 17.5 km – 4h

Orio Litta is an interesting village that is worth a visit before reaching Corte Sant’Andrea, crossing point for the ferry across the river Po and docks in the same place where Sigerico passed 1000 years ago. If you do not want take the ferry or if the ferry is not available, the itinerary continues along the north bank of the river and arrives at Piacenza. In the centre of Piacenza is a big square, Piazza dei Cavalli, overlooked by the gothic Public Palace, dating back to 1281. Worth visiting is the Romanesque basilica of S. Antonio founded in the IV century, the Romanesque cathedral and the Romanesque Church of San Savino, consecrated in 1107, with wonderful mosaics representing the months of the year and the zodiac.Height at arrival: 61 m a.s.l. – 15.5 km – 4h

To avoid the busy Via Emilia, the itinerary takes you across the relaxing landscape of the plain. Fiorenzuola was a Celtic and Etruscan settlement with much evidence of the numerous “hospitals” for the welcome and assistance to pilgrims on the Francigena Way. Height at arrival: 80 m a.s.l. – 26.5 km – 6hr 30

Pleasant stage on secondary roads and tracks. You pass the wonderful Abbey of Chiaravalle, a Cistercian abbey founded in 1136, the main part of which is the basilica and the beautiful XIV cloister. You stay overnight in the Agritourismo La Broncarda.  Height at arrival: 57 m a.s.l. – 34.53 km (can be reduced to 26.5 with transfer to Vigolo Marchese)

After breakfast end of the tour – transfer to the station from La Broncarda or continue to Fornovo if you have booked one more week tour. 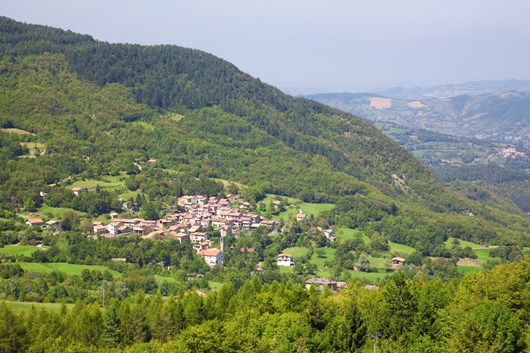 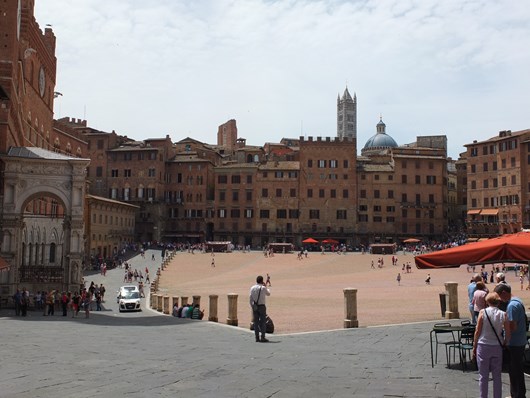 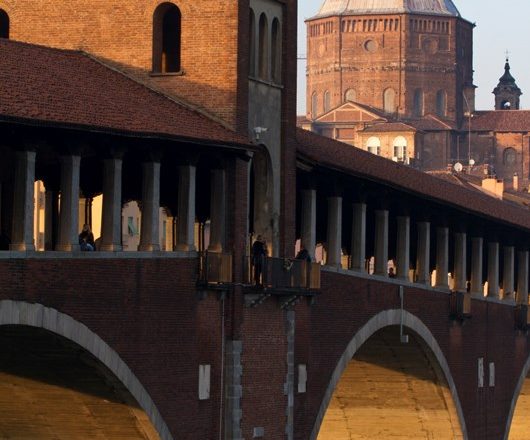