This is one of the most beautiful section of the Way of St Francis/Via Roma from Assisi to Spoleto, enjoying the varied landscapes between the cities which consist of beautiful views over the valleys, hills and towns and with the historic city of Assisi and Spoleto to enjoy.

See two great historical Italian Cities on this walk; Assisi and Spoleto. The varied landscapes between the cities consist of beautiful views over the valleys, hills and towns. In Assisi, see the Basilica di San Francesco, the house where St. Francis was born, before arriving in the medieval centre of Spoleto.

Price :  £550 per person based on two people sharing a room.

All the year round (best period April – June / end of August – October).

Arrival in hotel – maps and route notes will be given to you.

Leave Assisi by the Porta Cappuccini arch and you will enter immediately into the woods of the Natural Park of Monte Subasio. A steep climb will take you to the hermitage ‘Eremo delle Carceri’ (830m), one of the places which best captures the ‘sense’ of the prayers of St. Francis, who used to retreat here with his most faithful companions to pray and meditate in the silence of the woods. From the hermitage you will descend towards Spello, passing the abbey of San Benedetto with its beautiful 11th century crypt. The descent continues and the woods become less and less dense and then give way to olive groves. The village of Spello clings to the hillside and was once a Roman castrum. Several Roman features remain, including three town gates, the remains of an amphitheatre and some beautiful mosaics. The streets and alleyways are steep, winding and often adorned with flowers. Your accommodation is in a three star hotel in the old town centre.

Walk down through the centre of Spello and leave the town by the arches at Porta Consolare. A walk along the valley will take you to Foligno, which is one of the few towns built in the valley rather than on the hills. Cross the bridge over the river Topino and enter into the old town centre. Here you will find an impressive cathedral with two Romanesque façades (12th century); the 14th century Palazzo Trinci, which hosts both an archeological museum and an art gallery; and the Oratorio della Nunziatella (1494) with a fresco by Perugino. The Chiesa di San Francesco holds the remains of Beata Angela, a Franciscan mystic to whom St. Francis appeared in 1285.  The route continues among the olive groves from here to Trevi. Passing small hamlets and villages with narrow streets, a last climb will take you into Trevi, which dominates the valley from its hilltop position. Your overnight stay is in a residence in the old town centre.

Today’s route is a shorter distance, but involves plenty of uphill and downhill stretches on hills covered with olive groves and woods. You climb to an old Franciscan hermitage which now houses an enclosed order, then you descend through the olive groves before walking up to Campello Alto, at 514m above sea level. This is a fortified hill village built in 921 by Rovero di Champeause, baron of Burgundy. A last uphill stretch will bring you to your hotel at 650m.

Today a long walk which can be shortened with a transfer to Poreta. Walking amongst olive groves you will come to Osteria where there was once a hotel for pilgrims. A steep climb brings you to Bazzano superiore, then passing the remains of a castle you will come down to Bazzano inferiore. After a tiring climb in the woods you will emerge into the olive groves above Eggi, which is built on the top of a small hill and has a 14th century castle. A quiet country lane brings you to Spoleto, once a Lombard duchy. Spoleto is a proud medieval town, with a beautiful cathedral (il Duomo) and an impressive castle which dominates the town from above. Your *** hotel is situated in the centre of Spoleto.

For those who prefer to stay in a more rural hotel with swimming pool Hotel la Macchia *** is situated just outside Spoleto (20mins walking to historical centre) www.albergolamacchia.it 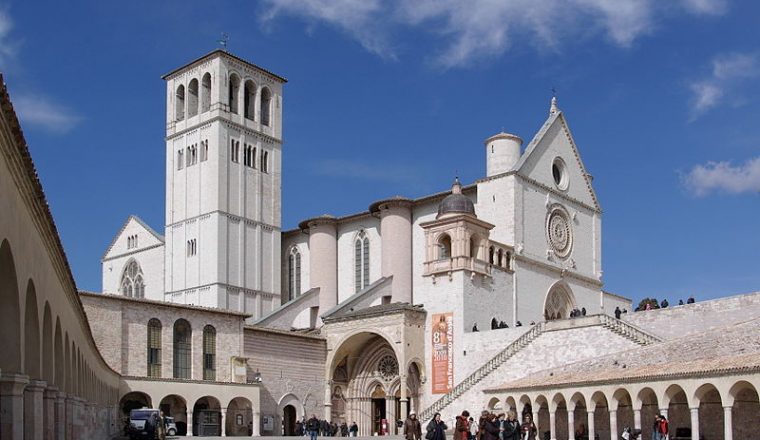 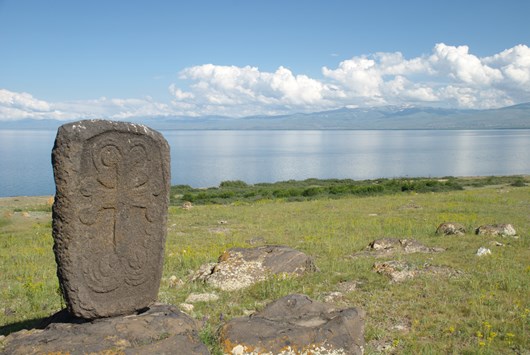 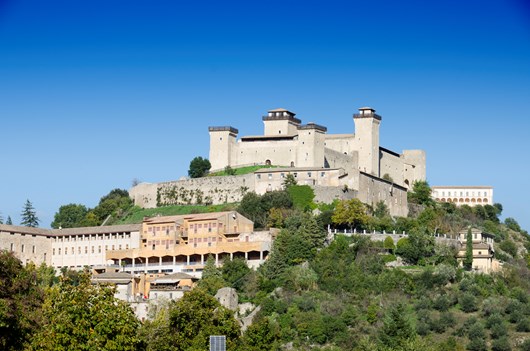 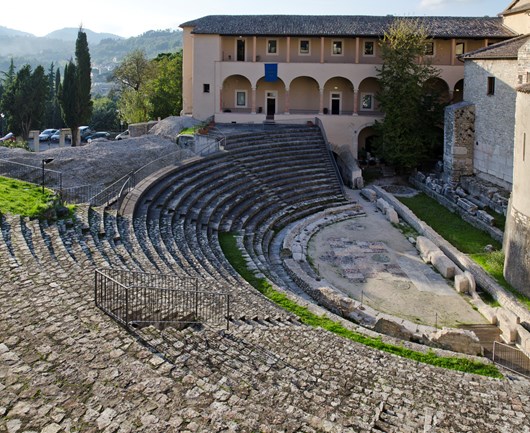 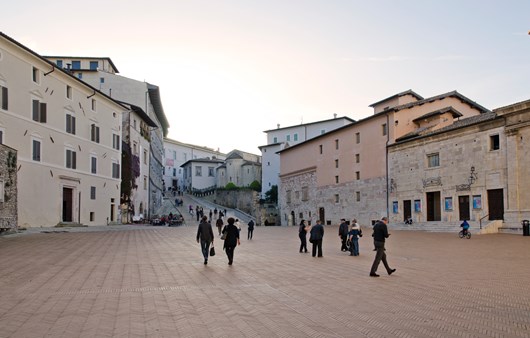 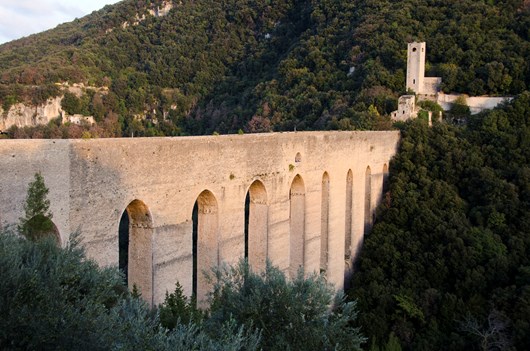