The Best of The Rheinsteig

The Rheinsteig trail runs along the right bank of the river Rhine between Bonn, Koblenz and Wiesbaden leading to forests, vineyards and spectacular views. This exceptionally well sign-posted and closely networked trail offers the opportunity to explore the landscape and culture of Germany in all its comparatively undiscovered glory.

£625.00 per person for each section based on 2 people sharing

You must be able to walk the distances mentioned and deal with a significant amount of hills and cliff side paths. On most days the walk will take you up from the riverside to the path above. A head for heights is also essential.

Many brilliant views of the Rhine Valley to Bingen, where the river Nahe flows into the Rhine. A walk through the artificial tunnel passage of the Zauberhöhle (magic cave) is followed by the steep descent to Assmannshausen by the river before ascending again. Narrow and rocky paths lead you along the slopes of the Rhine Valley, crossing small valleys before having another classic view at the Drei-Burgen-Blick viewpoint (“Three Castles View”). A steep descent down to Lorch, where a single row of houses lines up along the bank of the Rhine for over three kilometres.

The Rheinsteig trail leaves the state of Hesse and the Rheingau region, taking you to the state of Rhineland-Palatinate. The course of the walk is close to the Rhine, often directly along the slope of the Rhine gorge, with excellent views of Bacharach and Burg Stahleck castle at the Wirbellay viewpoint. In the Volkenbach valley note the the fortified castle of Pfalzgrafenstein scenically located on a small island in the middle of the river.

This challenging stage is one of the highlights of the entire trail. It closely follows the Rhine from above, with an abundance of dramatic views, including of the Loreley rock near St.Goarshausen. You ascend and descend a succession of smaller valleys After passing Burg Katz castle above St. Goarshausen, a final climb to the Patersberg hill is worth the effort, because it adds one last highlight to the many others of this great stage taking you to another “Three Castles View”.

From the Hasenbach valley the Rheinsteig trail goes steeply uphill again, leading you on narrow and natural paths along the slopes of the Rhine. The imposing Rheinfels castle is on the other side of the river, just above St. Goar, whilst Burg Maus castle is located on the path. Starting at Wellemich, a 5 km mining trail shows the region’s history of slate quarrying and ore extraction. A wonderful view at the Hindenburghöhe is followed by Liebenstein and Sterrenberg castles, the ‘warring brothers’. Descent into Kamp-Bornhofen for overnight.

Today follow the long bend that the Rhine describes between Osterspai and Braubach. Again, the route stays close to the river, repeatedly providing you with great views of the scenic Rhine Valley which reach as far as Koblenz and Lahnstein. The path is often rocky and narrow, taking you along the cliffs, over the hills, and several times downhill into river valleys. Marksburg castle is picturesquely situated on a hilltop. From here you walk downhill to Braubach, filled with ancient, half-timbered houses, idyllically located at the riverside.

The way leads you away from the Rhine, passing remains of the local mining history. From the Kerkertser Platte (plateau), the trail continues via rocky stretches over hills and through small valleys. The Rupertsklamm is a wild gorge which has been deeply cut into the landscape by the water. The way uphill, which is fairly strenuous, is an area of diverse fauna and flora. From above the gorge the views go down to the narrow valley of the river Lahn and to Lahneck castle, seated high above the river. From Lichterkopf hill, there are panoramic views from an observation tower. The trail passes more woodland, eventually taking you downhill, back to the Rhine, through the nice Bienhorn valley. Along the riverbank, the way leads to Ehrenbreitstein, a part of the city of Koblenz on the right-hand side of the Rhine and dominated by the mighty fortress of the same name. 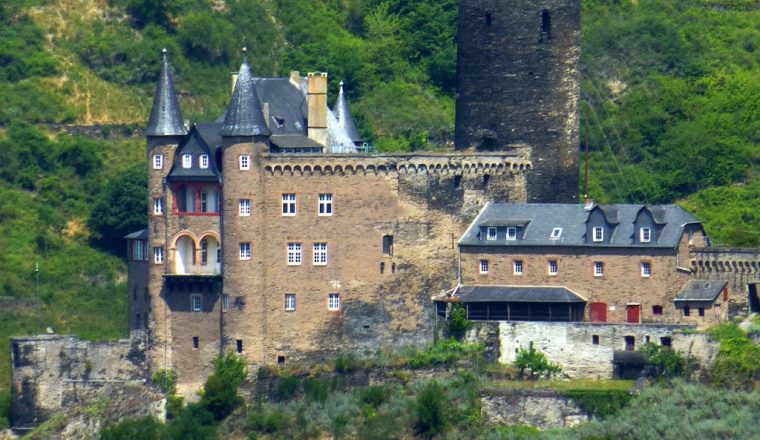 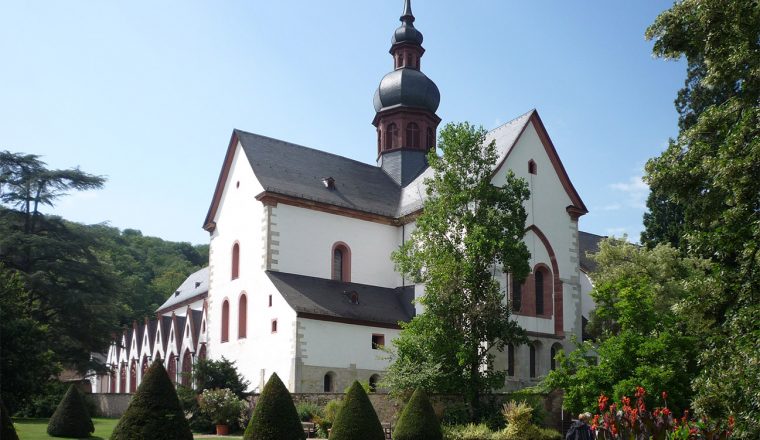