Travel on one of Britain’s national trails through the magnificent and historical heart of the Cotswolds.

The Cotswold Way is one of Britain’s national trails. It is a 102 mile walk along the western side of the Cotswold Hills, running between Chipping Campden in the north to Bath in the south, passing through Broadway, Cleeve Hill, Painswick, and the Stroud Valley, with magnificent views west towards Wales. The route takes you through gorgeous villages close to a number of significant historic landmarks.

After leaving the town, the Trail takes you out on to the Cotswolds escarpment with stunning views from Dover’s Hill, where the annual ‘Olimpick’ games are held. The walk continues across the fields to Broadway Tower and then down into the village of Broadway with its historic connections with the Arts & Crafts movement.   This section has 567 feet (173 metres) of ascent and 790 feet (241 metres) of descent.  Overnight Broadway

From Broadway, the Cotswold Way climbs up onto the escarpment, following broad tracks to the Iron Age hill fort of Shenberrow Camp. The Trail then descends into the unspoilt Cotswold village of Stanton. After the village, the walking becomes easy across the level parkland of the Stanway Estate, with its Jacobean manor and the highest gravity fed fountain in Europe. This section finishes in the hamlet of Wood Stanway. There are 813 feet (248 metres) of ascent and 715 feet (218 metres) of descent on this section.  From Wood Stanway, the route continues with a steep climb up from Wood Stanway onto the escarpment where you will be rewarded by magnificent views across the Vale of Evesham towards the Malverns. Passing the Iron Age hill fort of Beckbury Camp, you then descent to Hailes with its ruined abbey and little church. The Trail then continues through farmland into the Cotswold town of Winchcombe along the curiously named Puckpit Lane. This section has 564 feet (172 metres) of ascent and 679 feet (207 metres) of descent.  Overnight in the ancient Saxon capital of Winchcombe, with another fine wool church and Sudeley Castle on the outskirts.

The National Trail leaves Winchcombe through the Sudeley Estate, climbing steadily along field paths up to the ancient Neolithic long barrow of Belas Knap. The route then follows a path steeply down through Breakheart Plantation past Postlip Hall before climbing again to the Golf Club House at Cleeve Hill.  This section has 1082 feet (330 metres) of ascent and 476 feet (145 metres) of descent.  Heading south from Cleeve Hill, you are now on the highest part of the entire Trail. The route continues across Cleeve Common with extensive views over Cheltenham and far beyond. The Cotswold Way then passes through Bill Smylie’s butterfly reserve and on to quiet lanes, before starting the descent through Dowdeswell Wood to the reservoir – one of the few places where the native white clawed crayfish can still be found. There are only 325 feet (99 metres) of ascent and 604 feet (249 metres) of descent on this section.  From Dowdeswell, the Cotswold Way passes through Lineover Wood – a semi-natural broadleaved woodland, notable for its large leaved lime trees and magnificent ‘heritage’ beech. The route then climbs up to Wistley Plantation and on over farmland before descending to pass close to Seven Springs (believed by some to be the source of the Thames). The path then climbs again onto Charlton Kings Common with its breathtaking views across Cheltenham and the Severn Vale and follows the escarpment onto Leckhampton Hill – look out for the distinctive rock pillar known as the Devil’s Chimney. There are 902 feet (275 metres) of ascent and 344 feet (105 metres) of descent on this section.  Overnight in the lovely Regency town of Cheltenham

After leaving Leckhampton Hill, the National Trail follows quiet tracks, lanes and paths into Crickley Hill Country Park, with its excellent viewpoints and information about the archaeological finds that indicate many periods of occupation. The Trail then crosses the undulating grassland of Barrow Wake before heading into woodland to emerge at Birdlip.  You ascend and descend almost the same amount on this section – around 425 feet (130 metres).  From Birdlip, the Trail passes through magnificent semi-natural beech woodlands and on to Coopers Hill, the site of the annual cheese-rolling event. The route then emerges onto the common land and golf course of Painswick Beacon, where the ramparts of an Iron Age hill fort can be clearly seen. The section then ends in the picturesque town of Painswick, the mid-point of the Cotswold Way. You descend twice as far as you climb on this section, with 590 feet (180 metres) of ascent and 1066 feet (325 metres) of descent.  Overnight Painswick,  ‘Queen of the Cotswolds.’

The Cotswold Way descends from Painswick to cross the Wash Brook before climbing again onto Edge Common – an open area of grassland with views back over Painswick. The Trail then plunges back into woodland emerging at Haresfield Beacon, and Iron Age hill fort with views of the escarpment and River Severn. The route then descends gently through Standish Woods, with beautiful displays of bluebell and wood anemone in the spring, to emerge into the Stroud Valleys through grass pastures. At the Stroudwater Navigation, there is a choice of routes. One option is to take the route alongside the canal and up over Selsley Common, and the other is to head through Kings Stanley. There is more up and down on this section, 1033 feet (315 metres) of ascent and 1082 feet (330 metres) of descent to be precise.  From King’s Stanley, the route passes through the village of Middleyard before climbing up into Penn Wood where the two route options reconvene. The Cotswold Way then takes you through the woods on the edge of the escarpment to emerge at Coaley Peak – a picnic area with marvellous views. It then passes a disused quarry (the rock face clearly showing the underlying strata), before following another woodland path that eventually emerges into a valley with Cam Long Down ahead. The climb up is steep, but the reward is spectacular 360° views. The Trail then goes down into the valley at Farfield passing through farmland into the market town of Dursley.  This section has 771 feet (235 metres) of ascent and 951 feet (290 metres) of descent.  Overnight Dursley

Leaving Dursley, the Cotswold Way climbs steeply up onto Stinchcombe Hill. The best views here are to found by taking the longer route around the perimeter of the hill, as opposed to the shortcut across the neck of the hill from the golf club. The Trail then descends through woodland into farmland and follows a track into the village of North Nibley. From here there is another steep ascent to the Tyndale Monument before the route levels out across grassland and through woodland leading onto Wotton Hill. From a curious walled enclosure surrounding trees planted in 1815 to commemorate the Battle of Waterloo, the Trail then descends into the town of Wotton-Under-Edge.  Ascent 835 feet (260 metres), descent 836 feet (255 metres).  The route follows a stream out of Wotton-Under-Edge before climbing back up onto the escarpment, passing close to the National Trust property of Newark Park. The Trail then makes for the village of Alderley down a delightful sunken woodland track. From Alderley, the route passes through a peaceful valley where you can see remainders of Medieval ridge-and-furrow either side. On reaching Lower Kilcott, a clear millstream runs alongside the quiet road that the Cotswold Way follows. The Trail then climbs gently up to the Somerset Monument before heading towards the village of Hawkesbury Upton. This section has 984 feet (300 metres) of ascent and 623 feet (190 metres) of descent.  Overnight Hawkesbury Upton.

The Cotswold Way leaves Cold Ashton and descends into the beautiful secluded valley at Lower Hamswell. The next climb takes you up to the site of the bloody civil war battle of Lansdown. From here the Trail levels out across the plateau, passing the promontory hill fort at Little Down and the famous Bath Racecourse. The path then emerges at Prospect Stile (now a kissing gate), where the first views of Bath can be glimpsed in the valley below. After the Trail passes through farmland and emerges into Weston, it changes in character, becoming more urban as the walk draws to a close. The Trail continues to offer glimpses of fine parks and regency architecture on its way to Bath Abbey, where a carved stone disc set into the pavement outside the ornate west doors marks the end of the Cotswold Way.  The last section of the trail takes you down 1312 feet (400 metres) and only ascends 738 feet (225 metres), not a bad way to descend.  Overnight Bath.

Accommodation is in a mixture of B&Bs, guesthouses, inns and small hotels.  All rooms with private bathroom.

Below an example of accommodation we use – we may need to book other inns and B&Bs but they are of a similar standard.  We can upgrade to more luxurious hotels if you wish – please ask. 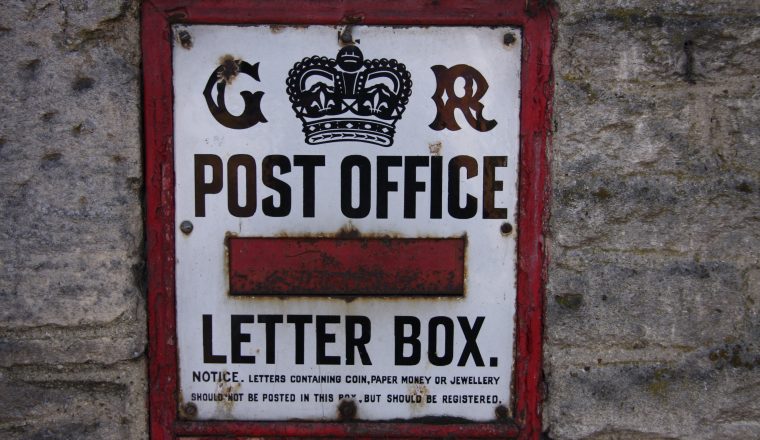 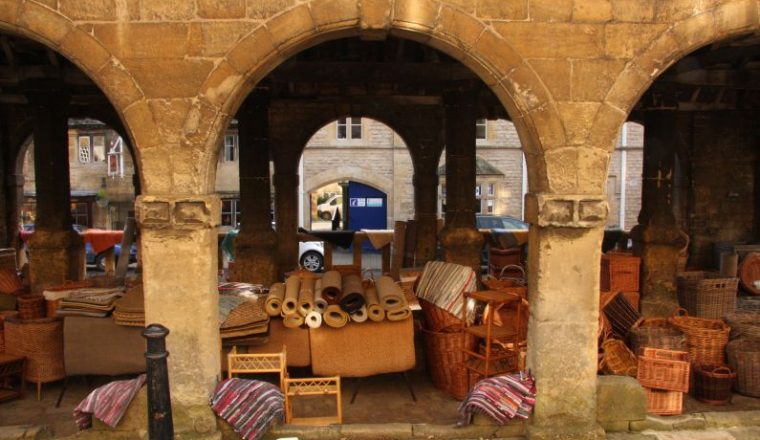 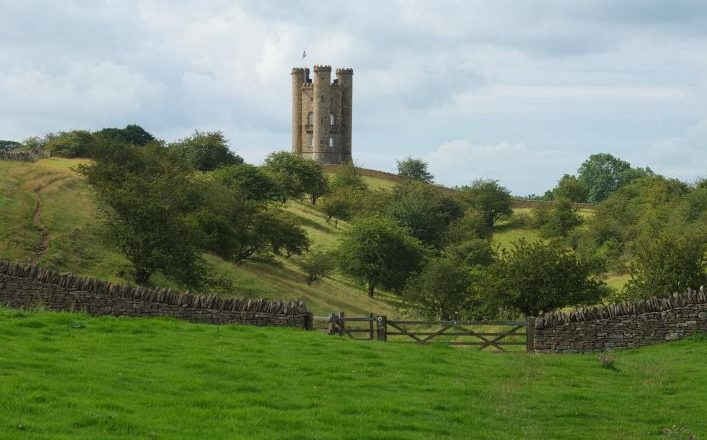 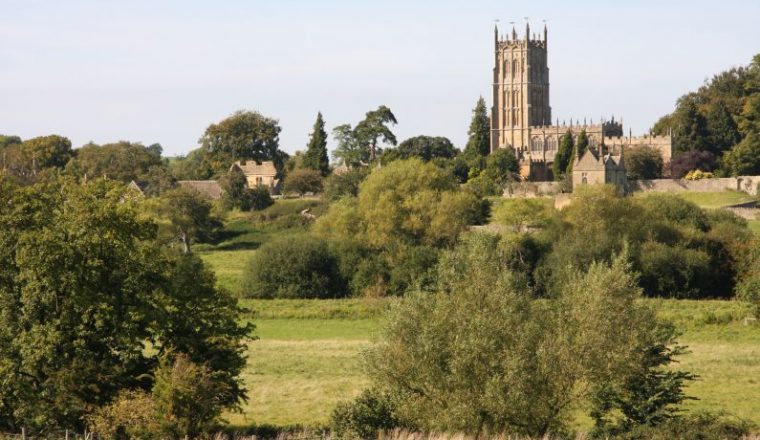 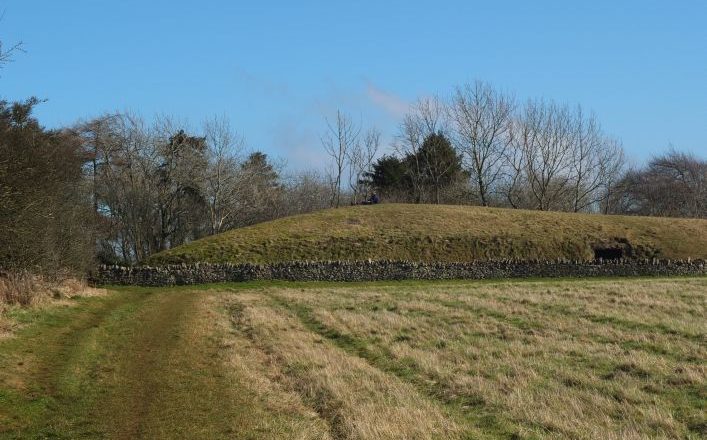 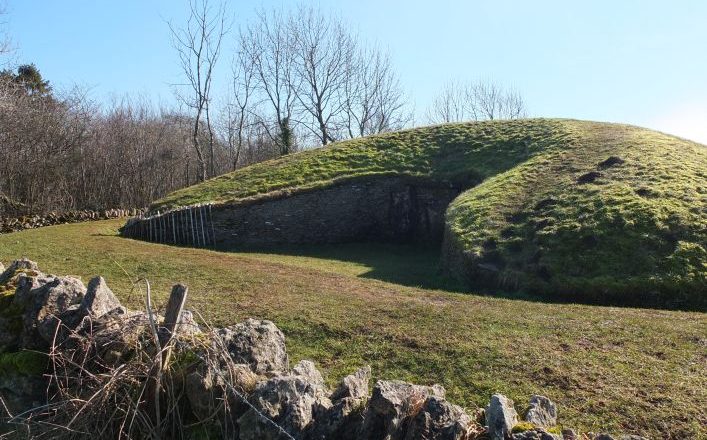 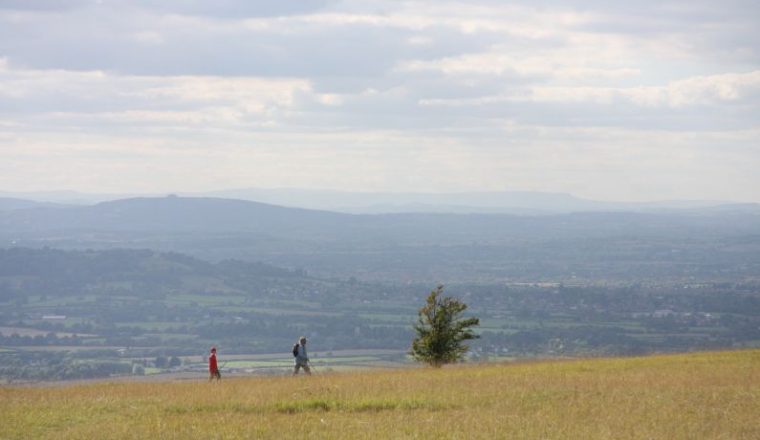 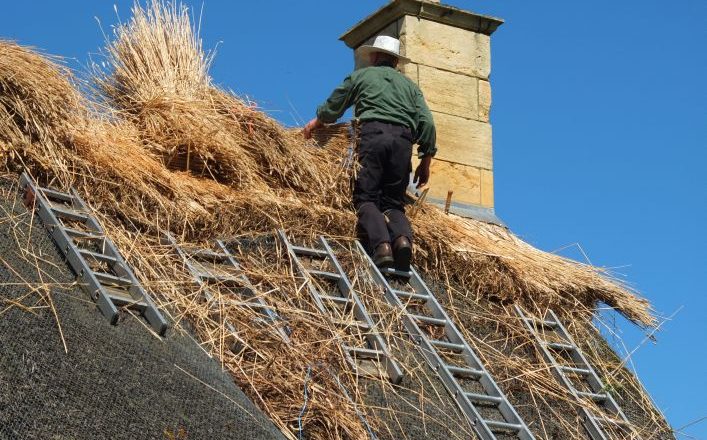 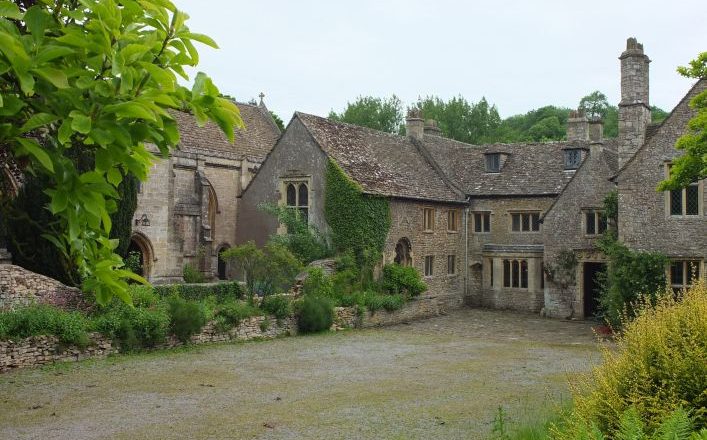 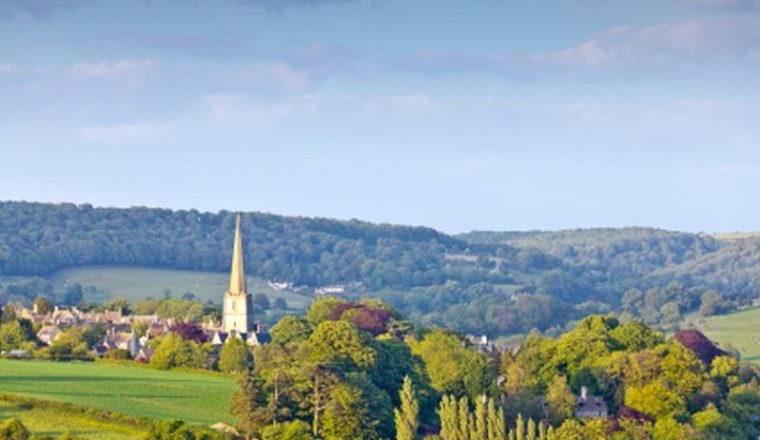 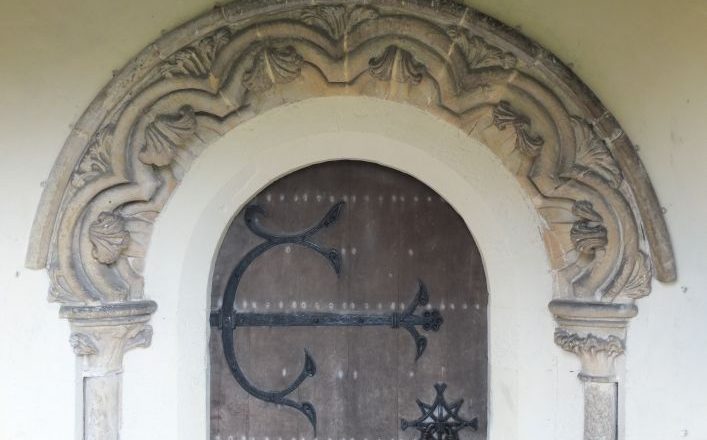 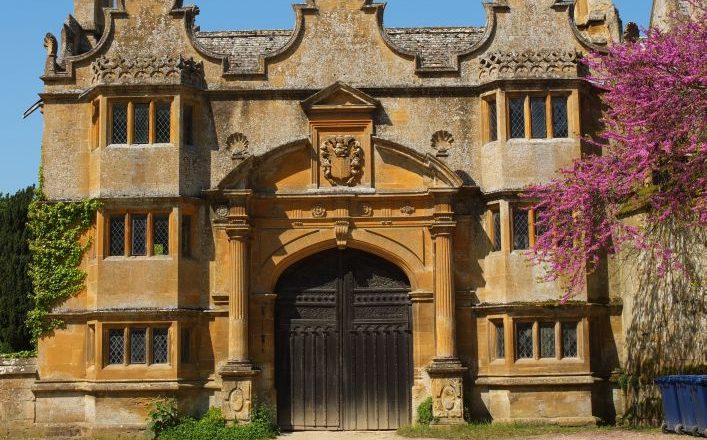 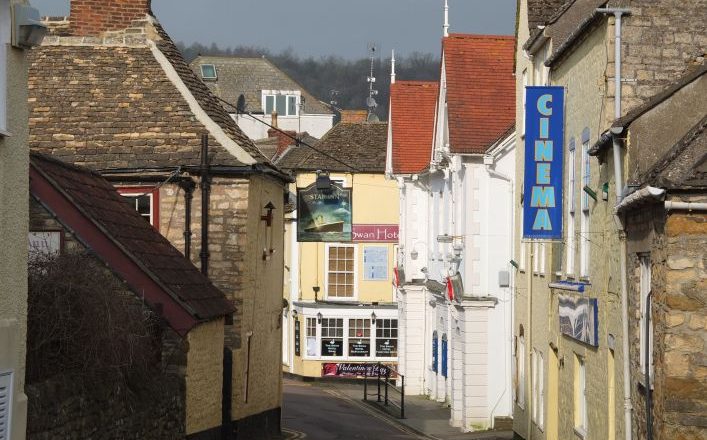 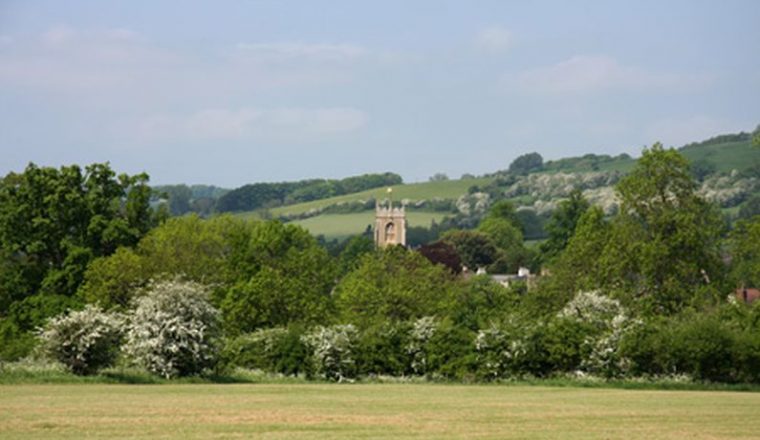 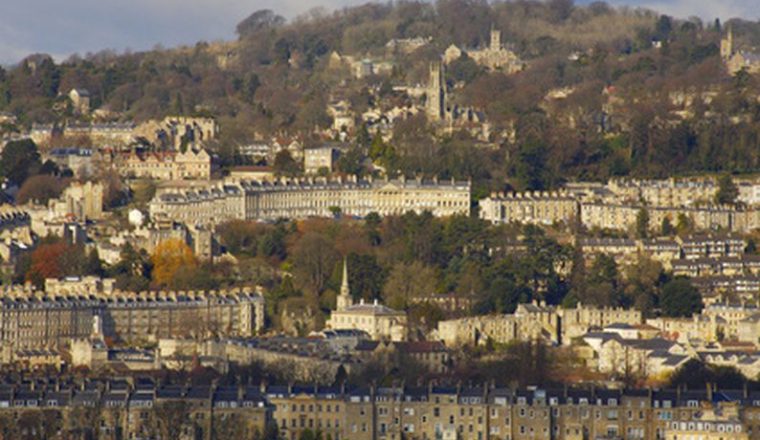