A slow, scenic tour of beautiful Belgium. Enjoy the fine food, excellent produce, and unexpected vistas of Belgium on this self-guided tour.  This area was the scene of the Battle of the Bulge, one of the deciding battles as the American and British forces liberated Belgium in the early months of 1945 as they continued through Belgium to Germany.  There is an interesting museum in La Roche dedicated to the Battle of the Bulge, allied monuments to be seen in what is now a beautiful peaceful landscape.

Far from boring, Belgium is a fascinating country (https://www.youtube.com/watch?v=n08HNfaA4wM). This walk introduces you to a beautiful unspoilt part of Belgium. With its woodlands, rivers and rolling hills it is far removed from the bureaucratic image that is often associated with it.  Famed for its food and drink,  whether Ardenne ham, Purnalet de La Roche (a drink made from sloes), Borquin sausage, trout from the Haute Lesse or la Cuvée de la jonquille, a spiced beer,  the area is well known worldwide for its cuisine.

The itinerary takes you for 160 kms across the various valleys of the Ourthe, the Lhomme, the Lesse and the Semois.  You walk along the long distance footpath – The Transardennaise – which is very well waymarked on farm and forest tracks.  The walks can be easily adapted to suit each person – just ask.  Below is an idea of the cost involved for various options .

Price: £915.00 per person based on 8 nights and the itinerary shown

Price per person based on 2 people sharing:

La Roche is a pretty town in the centre of the Ardennes on the banks of river Ourthe with many shops specialising in local produce.  There is an interesting museum about the Battle of the Bulge – La Roche was liberated by the American and British forces in January 1945 and the ruins of a 9th century castle.   Spend time exploring the town before returning to your hotel for dinner and overnight.

This 14 mile (22.5km) section does not pose any problems, except for a fairly steep climb when leaving La Roche which will convince you, from the very start of the walk that Belgium is not just the “Plat Pays” [Flat Country] that Jacques Brel sings about.

Between La Place du Bronze and La Roche the Transardennaise footpath goes through a wood.

Apart from the start, this section mainly goes through the undergrowth. It is relatively uneven with a short climb from the beginning at Sprimont, a steep descent – on  a road – between Aviscourt and Lavacherie, then a progressively long climb between Tonny (altitude 1312ft/400m )and the Vesqueville wood (altitude 1837ft/560m).  Finally there is a small descent, a short climb and a final descent to the town of Saint-Hubert.   The pretty village is named after St Hubert, the patron saint of woods,  whose body was moved in 825 to the Benedictine Abbey of Andage, thereafter called the Abbey of Saint-Hubert.

Magnificent walk throught the most beautiful woodlands of the Ardennes. After climbing the “Diglette”, arrive Fourneau St Michel, then Nassogne, of which the patron saint is none other than Saint Monon, of brewery fame!  If you want the shorter walk, you walk as far as Fourneau St Michel and the hotel will pick you up if arranged in advance.

From now on the Transardennaise takes on a gentler character,  this 12.2 mile (19.6 km) long section has several ascents and descents but they are not as pronounced as in previous sections. Part of the route goes through woods, but also across fields and prairies, meaning you will see less wildlife and more domestic animals, especially the superb Ardennes horses.

From the church at Mirwart, go down the Smuid road which turns right at the first junction and at the bottom loops towards the left dividing into two. If you want to see the castle take a detour; go straight ahead at the first junction and circle the castle leaving it on your right, then you will find yourself at the fork at the bottom of the descent again.  The path today twists and turns across the beautiful landscape formed by the valleys of the Marsau and the Hautre-Lesse, to the ‘village of the book’, Redu.   Then you join the Vallée de la Lesse.  At the first junction after the church, the Transardennaise turns to the left twice, goes past the cemetery and heads down towards the European Space Agency station that you will be able to make out below, recognisable thanks to its satellite dishes and the multiple flags that cover it.  Just before the ESA, you take the path towards the pretty hamlet of Sechery.  Here there are still several sandstone and half-timbered farms dating from the 18th and 19th centuries; remarkable examples of the regional architecture.

This 12.7 mile (20.4 km) long section between Daverdisse and Paliseul is  not the most tiring part of the Transardennsaise, only the first part when leaving Daverdisse has any claim to the name; the rest of the section stays between the altitudes of 1115ft/340m and 1279ft/390m. Geographically, this region is still part of the Ardennes, but little by little the countryside changes, there are fewer and fewer great forests, more and more prairies and the valleys are shallower.  A changing landscape, a mixture of woodland and glades. The along the Our to the hamlet of Beth and so to Paliseul.

From Paliseul, walk to Mon Idée (1 hour) and from here the next section from “Mon Idée” is easy walking without any big changes in altitude.  You will reach the village of Mogimont in about 2 hours and then walk through a superb beech forest before coming Sensenruth. Cross the Semois using the picturesque Cordemois bridge, also known as the Poulie, before entering Bouillon via a dug-out tunnel that goes under the hill of the castle-fort. Not taking stops into account, allow a little more than 6 hours to complete this 7th and last section if you set off from Mon Idée, or 7 hours from Paliseul.

Overnight in Bouillon on the river Semois, former capital of the Duchy.  Bouillon is a dominated by its medieval castle and there is a Ducal museum and the interesting Abbaye Clairefontaine.

if these hotels are not available, we book another of similar standard and you are told in advance.

La Roche en Ardenne can be accessed easily from Brussels. There are numerous low cost airlines flying into Brussels and also the Eurostar service is an option from the UK.

By train you can take Brussels-Arlon/Luxembourg train, alight at Marloie and take a no. 15 bus to La Roche.  Train journey from Brussels approx. 2 hours/ trains run every two hours.

By train from Liège : Take the Liège-Jemelle train, alight at Melreux and take a no. 13 bus to La Roche.

We can arrange for private transfers from the railway station to La Roche – approximate cost €75.00

We will discuss with you the options to return to a railway station depending on where you finish.

We recommend that you take out appropriate holiday insurance covering you against illness, injury, and loss or damage to luggage. This insurance should also cover the possibility of your having to cancel your holiday for any reason.
Contact us now to book this walk or make an enquiry. 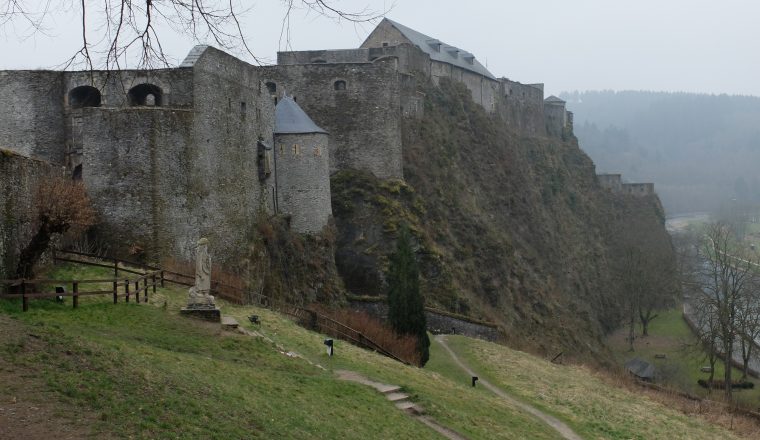 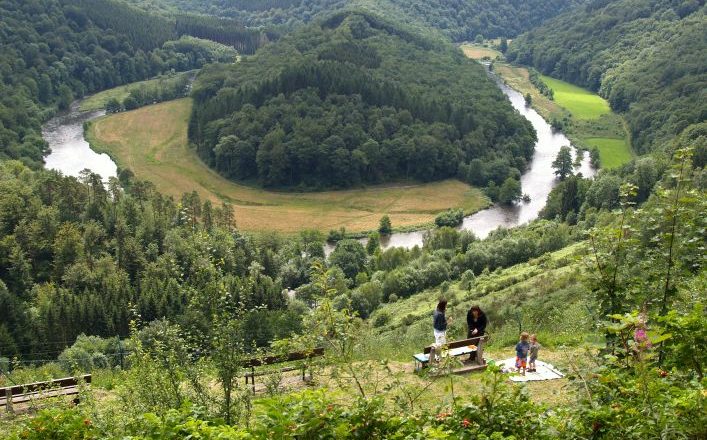 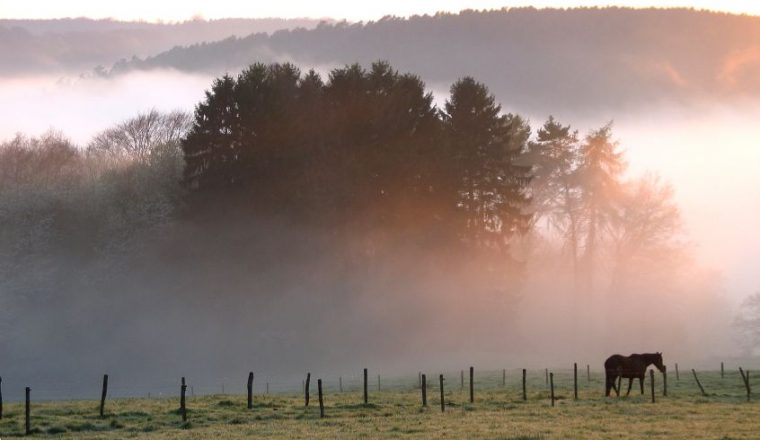 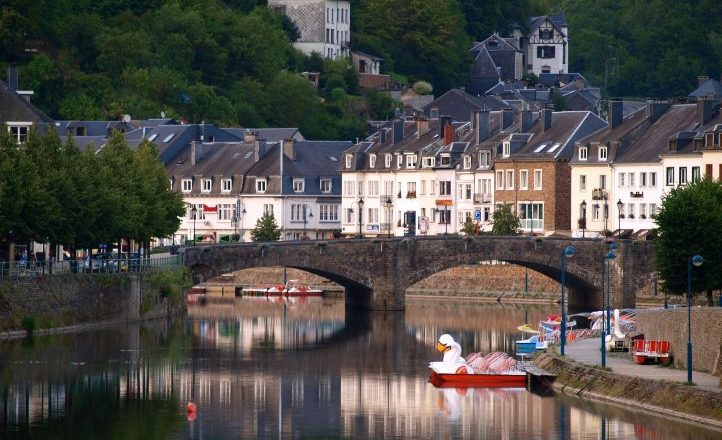 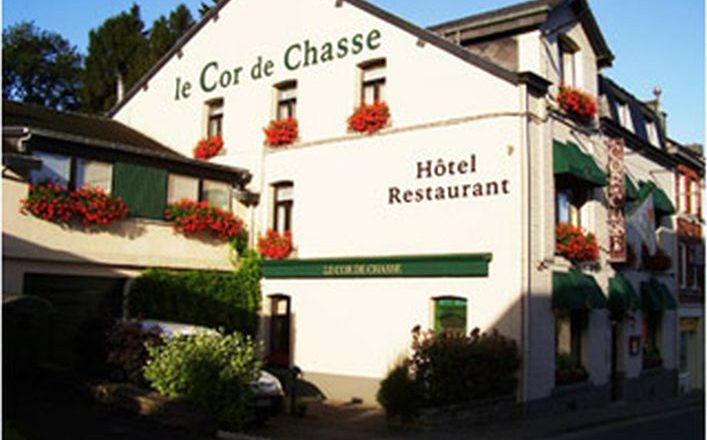 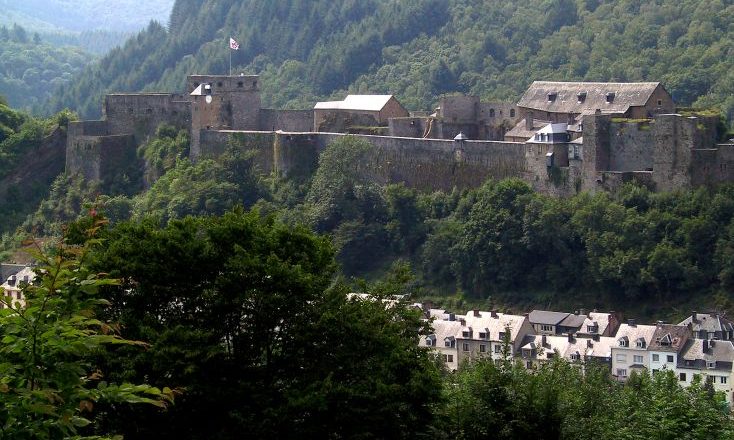 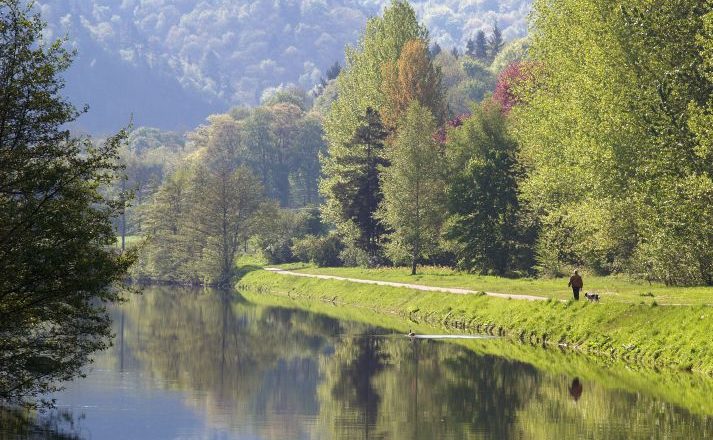 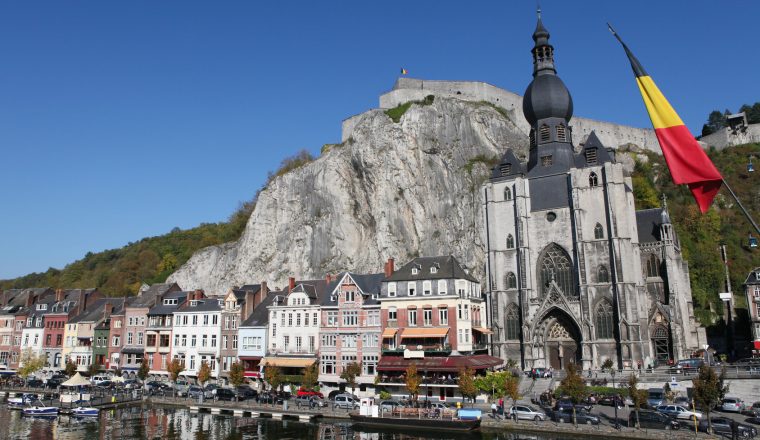 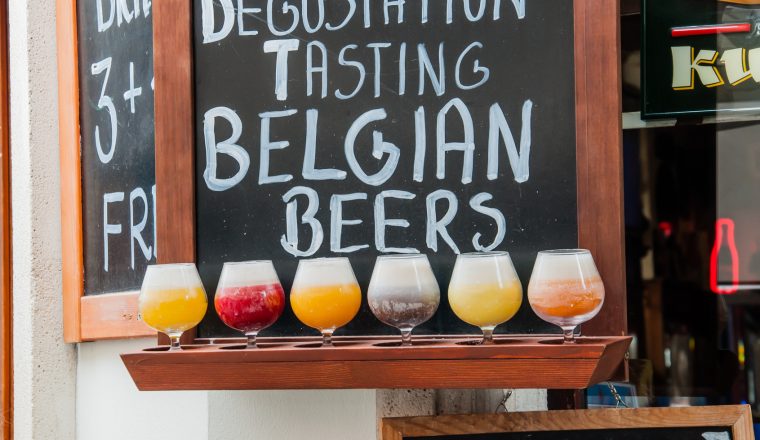 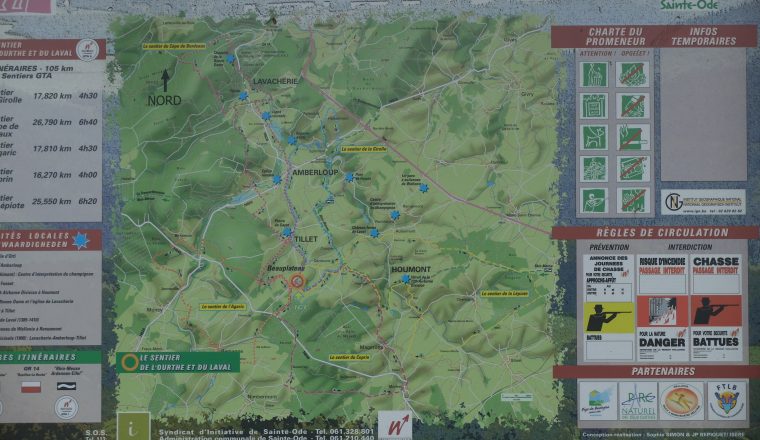 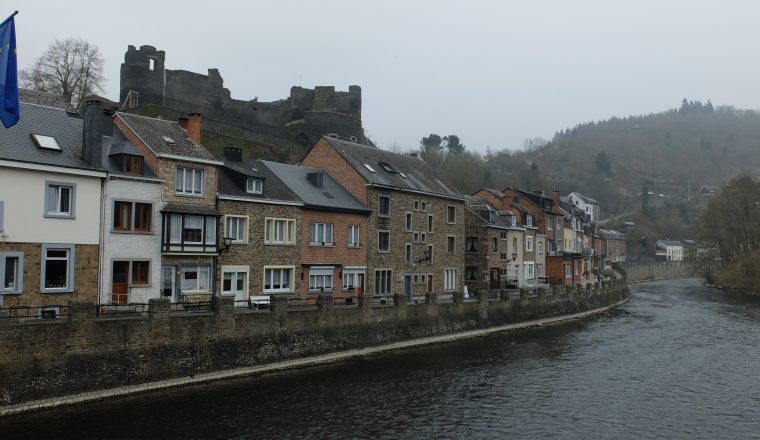 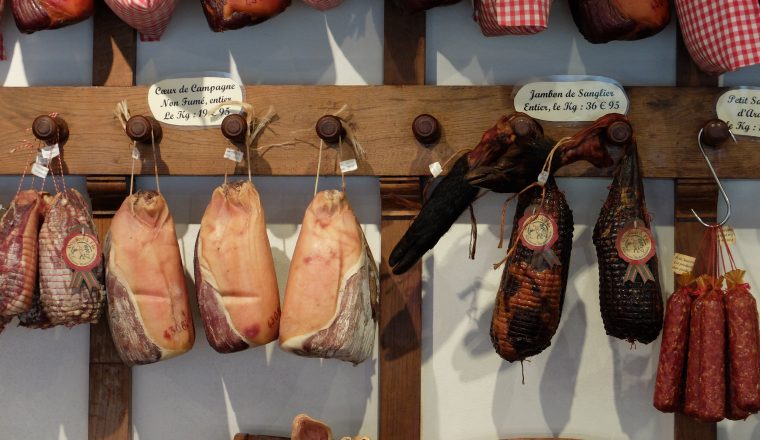 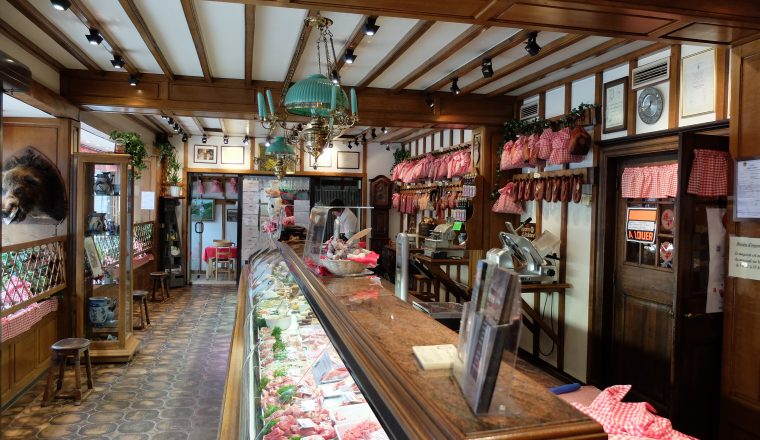 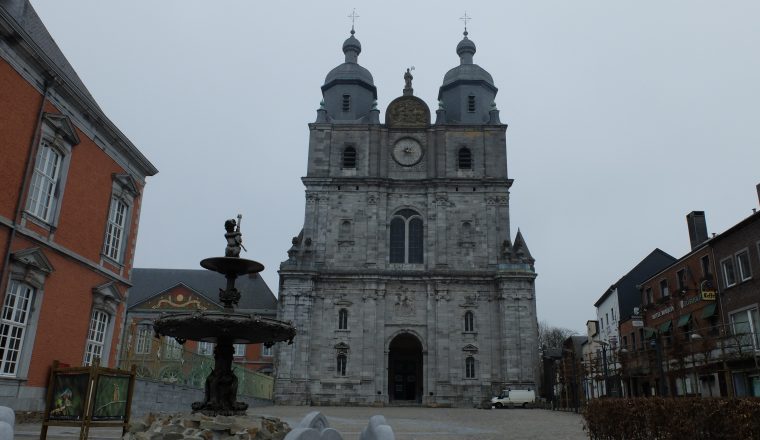